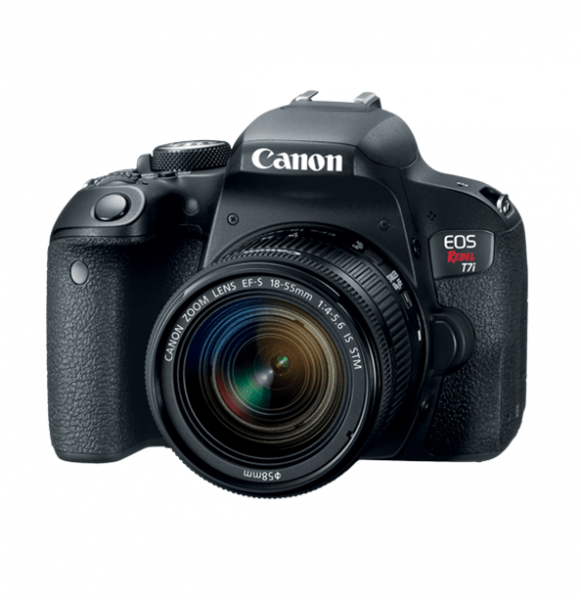 The Canon EOS Rebel T7i (Canon EOS 800D outside of the US) is the newest member of Canon’s famed entry-level DSLR lineup. Although a fairly recent addition, the T7i comes with a number of features that can help it become one of the most-loved units from a lineup created for beginners. Following the two-year-old EOS Rebel T6i, this model features improvements over its predecessor.

For customers to purchase a product from a family of cameras, the newer unit should definitely show enhancements over its predecessor. This is gladly the case with the EOS Rebel T7i which comes with a better sensor and a new image processor. However, some things are meant to stay the same as the camera still features the same 24.2MP resolution of the camera that came before it.

Along with the new sensor is a new DIGIC 7 image processor. An older DIGIC 7 is what powers Canon’s PowerShot G7 X II compact camera, but the model on the T7i is much different. The newer chip can handle more information than the DIGIC 6, which is what the T6i used, allowing it to handle ISO noise much better. Plus, autofocus performance is much improved with the new processor. 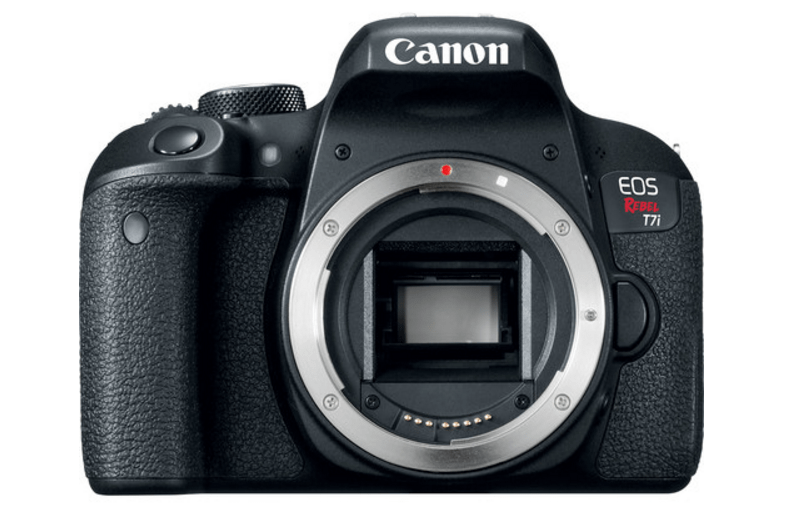 Another feature that Canon keeps for the T7i is the 3.0-inch, vari-angle touchscreen display with 1,040,000 dot resolution. With fellow DSLR competitor Nikon offering a higher resolution and slightly bigger display, it’s a shame that Canon decided to stick with the past on this design aspect. Then again, the camera giant may have thought that this area didn’t need that much improvement given it’s one of the best touch displays available.

One of the biggest disappointments from Canon for the T7i is not allowing it to support 4K video. The availability of 4K is becoming standard for a lot of Canon’s rivals but apparently the company thought that making the camera support just Full HD would be fine. To be fair, videos shot in Full HD with a camera brand as good as Canon will still turn out great but 4K support would have made the T7i geared for the future.

Canon has equipped the T7i with 5-axis image stabilization to minimize or eliminate blue when videos are shot handheld. Yes, the system only works on video footage and not stills. The system will also work with lenses that support IS.

Like the T6i, the T7i also supports WiFi and NFC connectivity but adds Bluetooth connectivity for a much easier transfer of images from camera to smart devices.

The Canon EOS Rebel T7i comes with a better sensor and an improved image processor, features that allow the camera to produce impressive photos with good quality even when shot with high ISO settings. The user-friendly interface greatly helps new DSLR shooters learn how to use the camera and begin taking great photos. Although the plastic body and the absence of 4K video are disappointing, the T7i comes with a range of features that make it ideal as the first camera of choice for a DSLR newbie.

How to Use a Canon T7i For Video (Or Any Canon EOS Rebel Camera)
Bestseller No. 1 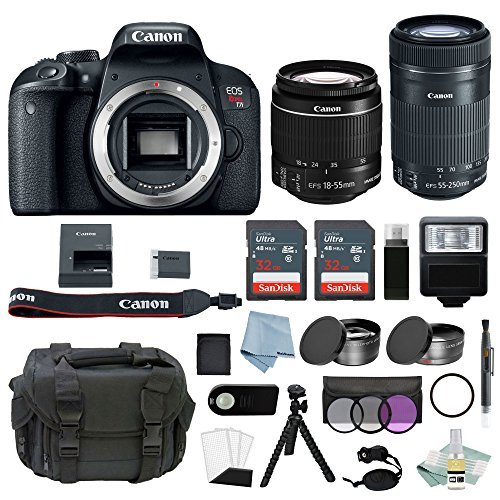