The latest entry in Canon’s G-Series lineup gets bragging rights to having the largest sensor for a point-and-shoot camera. Canon doesn’t sacrifice quality in delivering a lightweight and portable premium compact camera. The PowerShot G1 X Mark III is the first Canon point-and-shoot to feature a 24.3MP APS-C CMOS sensor and the revolutionary Dual Pixel CMOS AF.

Canon USA president and COO Yuichi Ishizuka says that the company is committed to include their latest innovations and requested features as the G-Series line continues to evolve. He adds that users will not only appreciate the quality and performance of the newest addition to the family, but also the upgraded capabilities that ensure the capture of high-quality photo and video even in low-light conditions. 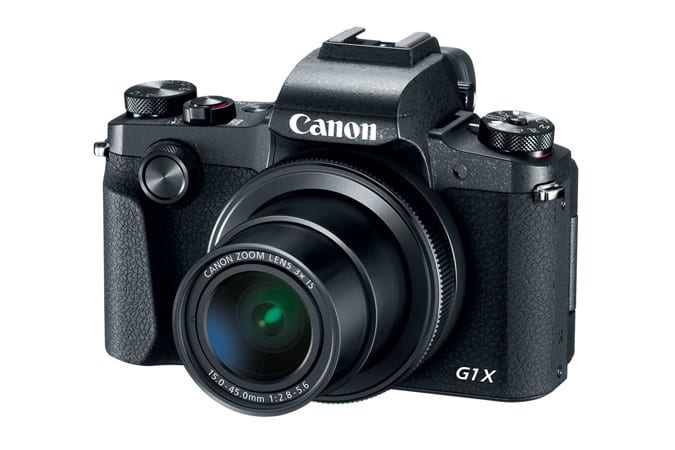 The Mark III also comes with a wide-angle 24-72mm featuring a wide f/2.8-5.6 aperture along with Optical Image Stabilization. Paired with the larger sensor, these ensure brightness and sharpness unlike any other. Plus, the camera features an ISO range of 100-25,600. With all of these features, the camera can continue to function well even in low-light scenarios.

The compact camera also comes with a range of features that ensure ease of use and creative output. The 2.36 million dot Organix LED electronic viewfinder features customization options for just about any shooting style or scene.

Intuitive operation is provided through a touch and drag AF that allows users to quickly adjust focus without leaving the viewfinder. Subjects are also easily tracked with just a touch with Smooth Zone AF.

The PowerShot G1 X Mark III is also capable of 7fps continuous shooting – can be upped to 9fps with fixed AF – allowing the easier capture of fast-moving subjects.

With a new shutter release function, the camera can deliver operation similar to that of high-end EOS models.

High-level performance thanks to Canon technologies

Canon has equipped their latest G-Series compact camera with the best of their technologies. Instant sharing is facilitated through built-in WiFi, NFC, and Bluetooth.

Taking panoramic photos has been made easier with a Panoramic Shot Mode. Video capability is also on offer: full HD at 60p. Camera shake is also reduced with 5-axis movie IS.

It’s also easier to take time-lapse movies thanks to the camera’s intuitive settings that determine intervals and exposure.