The term better late than never has never been more true with the XC10 from Canon. After Sony and Panasonic have introduced to the market their own versions of a prosumer 4K recording camera, the XC10’s arrival is pretty late. But it does have the potential to keep up with other camcorders.

What are the features of the Canon XC10

The Canon XC10 has more or less the same size as the PowerShot SX60. Instead of a shutter button, a big red record button is superimposed, which leaves little doubt that the camera is for video recording. Because its LCD doesn’t tilt at an angle that you would have wanted it to, you can rely on the body’s rotating grip to get you the shots that you need.

Based on the way that the camera is designed and its existing features, it becomes apparent that it is meant to be operated mostly through the touchscreen. Only a few controls have been added, including smartly designed switching controls for record and still/video, and an AF push button for easy and swift operations. 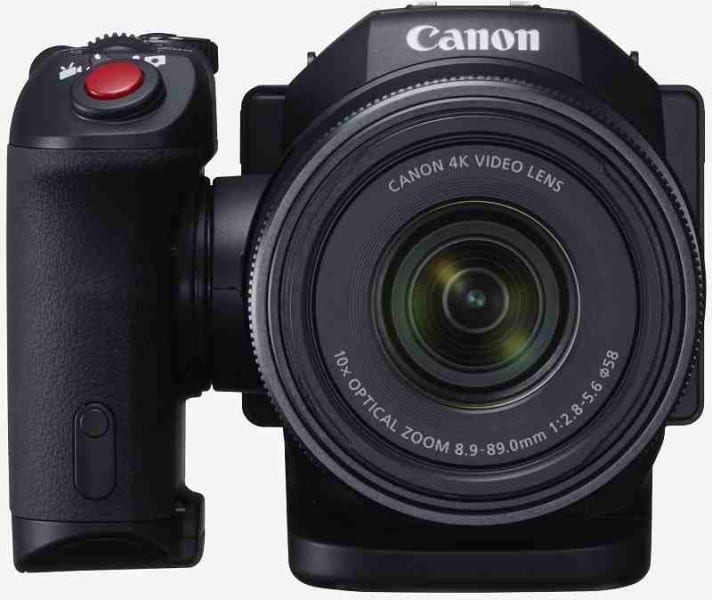 When you buy the Canon XC10, you will be offered a prism unit that goes to the back of the camera. It redirects the LCD display, transforming it into a viewfinder at eye level. Know though that using the prism unit means giving up the touchscreen control, because you now have to navigate through the menus using a joystick that is attached to the back of the hand grip.

In terms of the optics, the Canon XC10 boasts of a 10X zoom, an image stabilized lens that covers different ranges for videos and stills, and a 1-inch 12 megapixel sensor with a sensitivity range of ISO 160 – ISO 20000. Since 4k recording requires at least 8MP, the XC10 definitely meets the requirement. Unfortunately, it doesn’t record DCI 4K, only UHD. This is not entirely bad, however, since the camera can record 4:2:2 UHD/30p to a CFast 2.0 card at 305 megabits per second, and with an output of HDMI (1.4). It also incorporated the new XF-AVC codec, H.264 wrapped in an MXF wrapper. Although it doesn’t support raw, it has a continuous-shooting rate of 3.8fps for photos at 12 megapixels.

Should you buy the Canon XC10?

In addition, the XC10 has built-in stereo mic and neutral-density filter, mic and headphone jacks, dual-band Wi-Fi, and a hot shoe where you can mount video accessories and a flash. In terms of profiles, the camera offers Canon Log Gamma, Picture Styles (stills) and Wide DR. It’s a great buy especially if it fits your requirements.