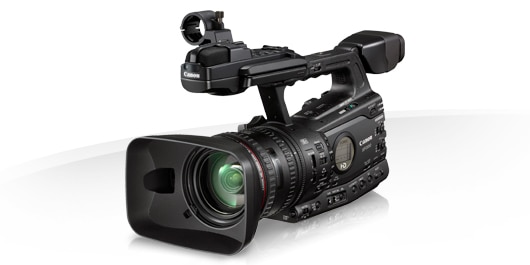 Canon has long been touted as one of the pioneering leaders for advanced and innovative imaging and optical products. Their specialized and branded models for cameras, camcorders, lenses, and photocopiers have always dominated the industry of professional photographers and filmmakers.

So much so that these people would constantly vye for the next BIG Canon release, just as we are. If you’re looking to buy a new Canon camera this year, you might just choose one of these.

When we first heard of the additions to the Canon family, namely the Canon XF300 and Canon XF305, we were anticipating the moment we could get our hands on these babies and try them out ourselves.

We weren’t disappointed, not one bit. 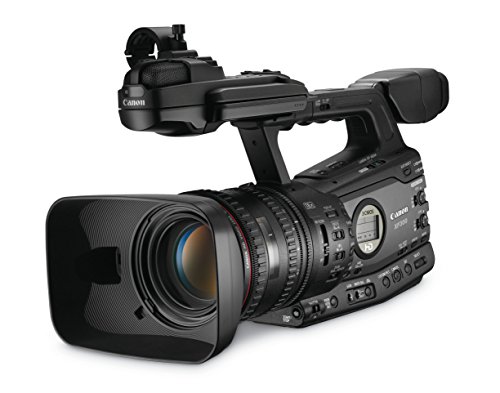 At the Bench with Canon's XF305 Camcorder

Officially touted as a set of camcorder that’s finally designed to compete with other solid state recording devices from JVC, Sony, and Panasonic, we were surprised to find this gadget incredibly light, portable, and less expensive than its counterparts in the market. In fact, devices proclaimed as certified for broadcast use fall relatively inconvenient compared to the XF300 and XF305.

The fact that BBC is even using these camcorders for independent production means a great deal. This means that full programs and TV productions can be shot, sparing filmmakers and producers the hassle of small duration footage allowed by other camcorders.

Considering the competition, this is a major endorsement for the Canon brand. If BBC is setting an example for other major companies to use the camcorder, even private operators will seek their own XF300 or XF305.

In short, it’s not just a great gadget for filmmakers, but it’ll also give a range of individuals a run for their money, like art and photography enthusiasts, wildlife cinematographers, event video producers, wedding photographers, documentary shooters, etc.

To breakdown this major news, let’s start with the Canon XF300 review:

Weighing around 6.5 lbs with a solid and light body and easy-access buttons, this camera has a professional appearance without the bulk and hassle of large industrial camcorders. We also liked the fact that the Canon XF300 can go from being a run-and-gun shooting device to a shoulder-mount camera. The record buttons are conveniently placed where you’d expect it, giving the feeling that Canon spent years perfecting all the little inconveniences of wrongly-placed switches and knobs.

But the most attractive quality of the XF300 is its 18x HD L-Series lens, which has a 29.3 wide-angle at F1.6 with separate rings for zoom, iris control, and focus.

The difference between the Xf300 and Xf305 is whats called “the jack pack”. These are BNC connectors that will enable timecode and genlock synchronization.

Canon’s move to solid state video recording is proving to be an immense success. Although it’s not one of the companies that pioneered memory card-based camcorders, Sony and JVC started years ago, Canon’s dawdling seems to be a wise decision.

We found its XF300 ad XF305 highly convenient, extremely competitive in the market, and reasonably affordable. It’s just one of the many reasons you should own both of these too! So what are you waiting for? Buying these may just turn out to be the best decision you’ve made in your professional life!

I dont regret making the purchase of this camera one bit. The ergonomics and ease of use along with the HD video quality has made me a very happy customer. I would advise anyone who has the $$$ to get this. Paul