Set for a November 2017 release, the Fujinon XF 80mm F2.8 LM OIS macro lens of Fujifilm offers 1.0x magnification, a 122mm equivalent focal length, and an F2.8 maximum aperture. The lens is the latest entry in the company’s X series of interchangeable lenses. With its capabilities, the lens is geared towards shooters who take a lot of flower photos and nature images.

The XF 80mm adds to the growing list of available lenses for the Fujifilm X series of interchangeable lens cameras. It is a mid-telephoto macro lens built to deliver high-quality images thanks to Fujifilm’s own unique X-Trans CMOS sensor. 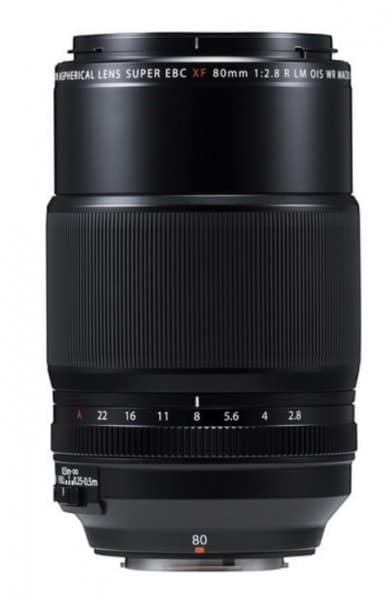 The optical construction of the XF 80mm is 16 elements in 12 groups, including an aspherical lens, a Super ED lens, and three ED lenses. This kind of construction enables the lens to suppress chromatic aberrations by making sure the ED lenses are put in a well-balanced position. The aspherical lens also enables the lens to minimize spherical aberrations. All of these combine to ensure high-resolution results.

The XF 80mm lens adopts a Floating Focus System, which separates the lens group into a Front Focus Group and a Rear Focus Group. Both groups are then driven depending on the shooting distance, but both with high accuracy.

With this system in place, macro shots are guaranteed to always be in high resolution. The new system also controls lens movement to ensure the production of high-quality photos.

The focus lens groups also move along with the barrel. With this feature, the lens does not change therefore allowing shooters to relax a bit about touching an object accidentally.

A lot of macro shots are taken with the help of a tripod. But the XF 80mm encourages shooting macro photographs while holding the camera thanks to its adoption of an Optical Image Stabilization system.

With OIS, the lens is able to reduce shift shake, an occurrence that can significantly impact a macro photograph. The combination of a gyro sensor and an acceleration sensor also minimizes angle shake as well as shift shake.

The Fujifilm XF 80mm is driven by a linear motor, which is quiet and fast resulting in an autofocus that is equally silent and quick. This feature is useful when using the macro lens in areas where silence is necessary. 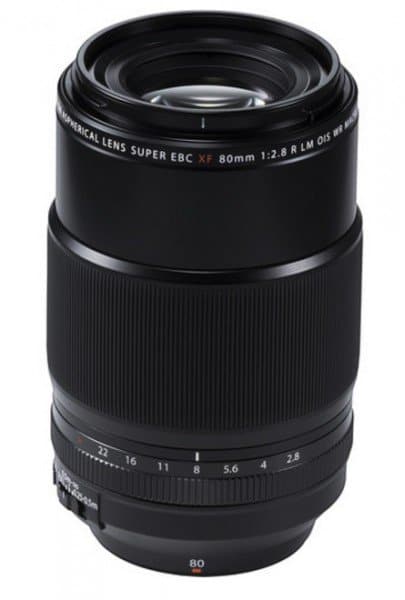 Resistant to dust and other elements

With the XF 80mm, Fujifilm developed a macro lens that could be taken anywhere no matter the condition. The lens features 11 weather and dust resistant seals making it a great companion for shooting outdoors.

The lens also has fluorine coating applied on the front element. With that layer of protection, the lens can repel water and smudges and at the same time, make it easier to clean.

The Fujifilm XF 80mm F2.8 LM OIS WR macro lens can be used as a telephoto converter lens thanks to its compatibility with the 1.4x teleconverter and 2.0x teleconverter.