The GY-HM250U, GY-HM250SP, and the GY-HM180U are the latest additions to the 4KCAM family of JVC. Each camera brings new features that would cater to different users. 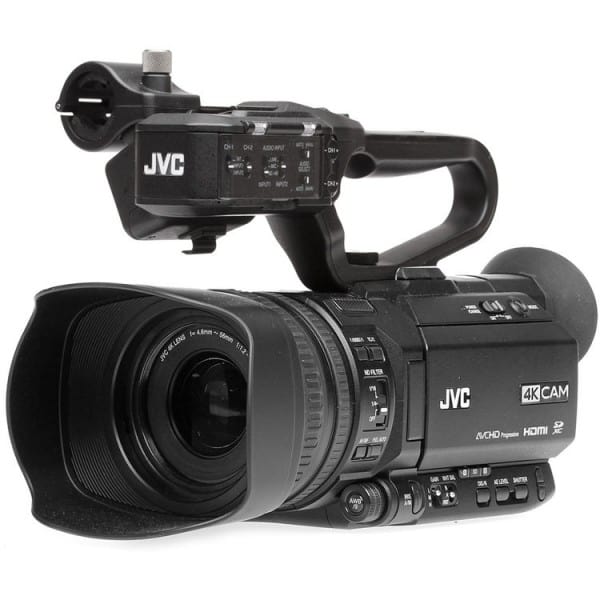 The GY-HM250U is designed for single-camera production. It features lower-third and full-screen tilting solutions for recording and streaming video output, which can be done without the aid of an external CG or production switcher.

Users can use either a tablet or a smartphone to generate and control lower-third graphic overlays. JVC also provides a software that allows users to upload logos or icons for display in the lower-third of the video recording.

Graphics in JPG and PNG format – up to 50 items – can be stored in the camera. The graphics can be advanced manually or presented as a slideshow. For example, worship facilities can have an operator manually advance graphics of scripture readings or lyrics saved in the camera during the service. 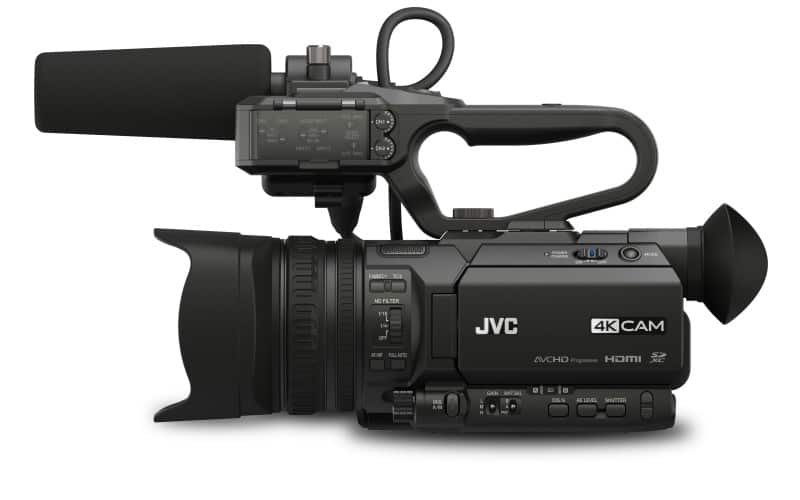 The GY-HM250SP offers score overlays for different sports, including baseball, basketball, football, hockey, soccer, and volleyball. All overlays can be put in different positions on the screen. Scores are updated through a WiFi-connected smartphone or through a Sportzcast Scorebot integrated with the scoreboard where the game is being played.

Both this and the GY-HM250U offer built-in streaming with WiFi and 4G LTE connectivity, allowing live streaming through Facebook Live and YouTube. The cameras also work as apart of JVC’s S.L.I.M. studio camera control system, which is a multi-camera production that is more affordable; it uses RM LP100 remote camera control as a CCU for IP-capable JVC cameras.

Both the GY-HM250U and the GY-HM250SP feature a new tele macro shooting mode that improves focus on close objects compared to previous models. The cameras also have a new Zero Config function for automatic, one-click configuration of the camera when it’s included in the same LAN as other cameras.

Other features supported by both cameras include 4:2:2 recording for 4K/30p and 4K/24p. The cameras can also output 4K/60p HDMI.

This model replaces the GY HM200SP. 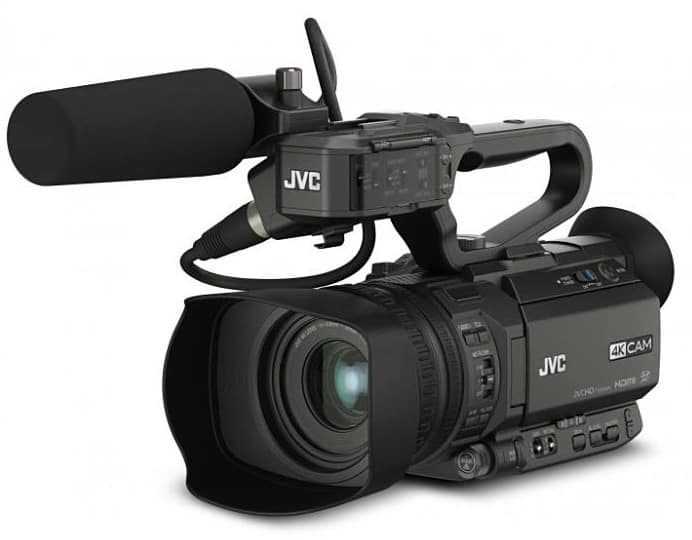 This model is an upgrade of the popular GY-HM170U model. It still provides features such as live 4K via HDMI but adds 3G-SDI output.

All of the three new cameras retain professional features valued in the 4KCAM family, including a 1/2.3-inch BSI 4K CMOS imager and integrated 12x zoom lens with optical image stabilizer.