With the immense popularity of drones, it’s no surprise that a lot of people looked forward to the Consumer Electronics Show 2016 to see what kind of unmanned aerial vehicles (UAVs) would be launched during the event. And they were not disappointed: several drones were unveiled during CES 2016, and many of them have exciting features that will surely have many fans jumping in delight. Some of the best models are listed below: 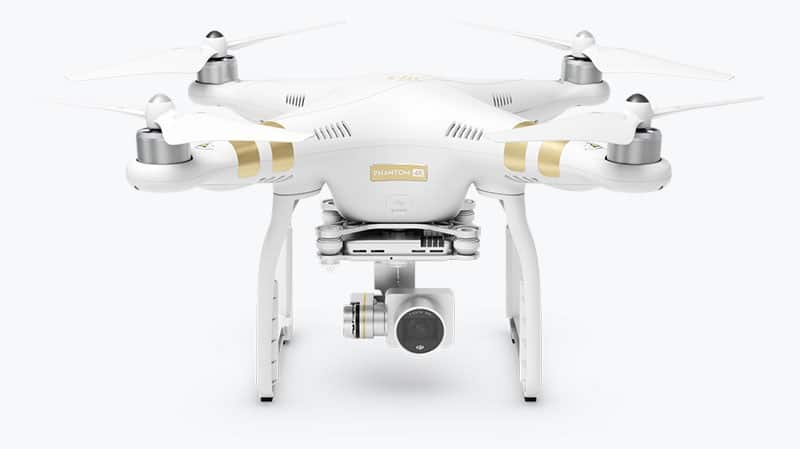 DJI has been making several impressive models in the past, but the Phantom 3 4K is its first unit that comes with a built-in 4K camera. The 12.4-Megapixel camera has a Sony EXMOR 1/2.3″ CMOS sensor and can take still photos as well as HD, Full HD, and UHD videos. The aircraft itself weighs almost 1.3 kilos or almost 3 pounds and has a maximum speed of 16 miles per second. It can stay airborne for up to 25 minutes with a full battery.

Despite its impressive 4K camera, the DJI Phantom 3 4K is marketed to those who are new to drones. This comes from the fact that its camera is physically stabilized and can take clear and high-quality photos and videos, even when the pilot has less than stellar skills and ends up flying the drone erratically.

The DJI Phantom 3 4K shows that bigger is better, but the Lily Camera drone adopts the “less is more” philosophy. This diminutive drone may be smaller than many other UAVs in the market, but it’s actually one of the most powerful out there with its impressive features. It has a 12 Megapixel photo resolution and can take 1080p Full HD videos at 60 frames per second (slow-mo 720p videos are taken at 120 frames per second). It’s small enough to fit in your backpack, but don’t worry since it’s built to stay stable even when it encounters high winds. It’s also waterproof, so you can use it even when it’s raining or when you want to film in water.

The best part about the Lily Camera is that it functions all by itself. Just set it to follow you, circle above you, or stay ahead of you, and it will track and film you wherever you go 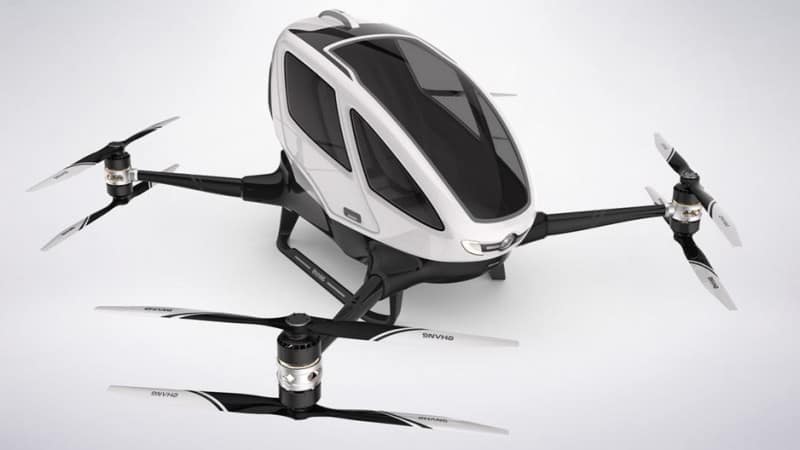 Drones are called “unmanned” aerial vehicles because there are no pilots on board. The Ehang 184 challenges this concept, though, since it has the ability to carry a man on board.

You heard that right: this drone is set to change the landscape of UAVs by being large and stable enough to carry one passenger at a time. Technically, though, you’re not “manning” the vehicle; instead of having lots of switches, levers, and knobs to control like when you’re flying a plane, you’ll only have to type your destination into the tablet control and tap the “Take Off” button. The drone will then take over from there and bring you wherever you want to go.

It sounds too good to be true, but remember that you won’t be making any international flights soon with the Ehang 184. It can travel only 63 miles per hour and stay airborne up to 23 minutes at the time, which means you can’t go beyond 20 miles per battery charge. Still, if you think about it, it can be greatly helpful for those who live in remote areas that can’t be easily accessed by cars and other vehicles. It’s also a fun thing to have around; imagine flying to and from work and not having to deal with the rush-hour traffic!

You might not be able to enjoy all of these right away, though. The Ehang 184 is set to have a price tag of around $200,000 to $300,000, so you’ll definitely need to save up for it. Even if you have plenty of cash lying around, you might still have to deal with your local authorities, who may not know what to do about you and your personal airplane. Despite these, the Ehang 184 can still be considered as a wonderful piece of technology that changes the future of personal transportation.

Drones or UAVs may have gotten a bad rap when they became involved in various incidents, but this hasn’t stopped people from buying their own device. In fact, UAVs have become even more popular recently since they can be used for various purposes. Photographers and videographers can use these devices to take stunning aerial shots of their subjects. Toy and tech enthusiasts, meanwhile, use drones to come up with breathtaking aerial maneuvers and formations and even join competitions to prove that they’re the best in the business. These are just some of the drones that were featured in CES 2016. Learn more about these UAVs to know which one best suits your needs and preferences.