Around nine months ago, a group of 11 students set out on a quest: to demonstrate that a multicopter can fly in all directions. That goal was realized a few days ago when the team – called Voliro – demonstrated their drone’s capabilities via video on their official site.

The students, from the Swiss Federal Institute of Technology (ETH) and the Zurich University of the Arts (ZHDK), are from different disciplines. Of the eleven members, nine are in their last year of studies at ETH, eight of who are taking up mechanical engineering with one studying electrical engineering. The remaining two members of the Voliro team are industrial design students from ZHDK. 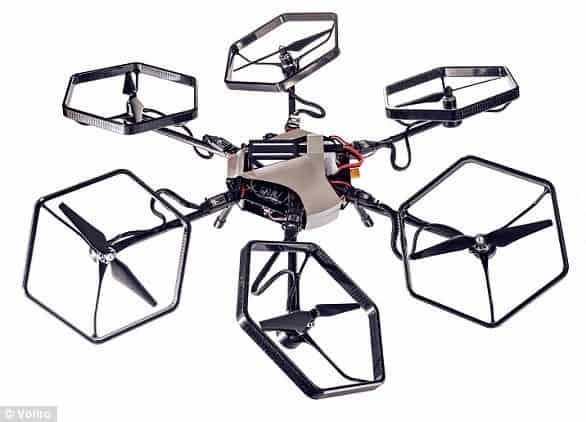 Voliro’s goal was to design a hexacopter with the ability to hover in any orientation while in the air. By doing so, the drone can do different stunts resulting in the opening of a slew of new possible applications. And just like many multicopters, modules like a camera can be attached to the underside to extend its functionalities.

The team achieved their goal by equipping the multicopter with six axes that can all be tilted individually.

Unmanned aerial vehicles (UAV) have undoubtedly revolutionized many industries. Wedding photographers and videographers are provided with a new way to document the special occasion (getting an overhead shot of the church, the reception venue, etc). Documentary filmmakers covering the natural world are provided with a cost-effective means of capturing animal behavior. Travelers are also provided a different way to memorialize their trips. Drones have also been used to access areas that might be difficult or dangerous for humans to venture into.

The Pitfall of Drones

UAVs are limited in their flying capabilities. They have to remain horizontal in order to hover and they have to tilt so they can move. None of these are applicable to the Voliro hexacopter as the drone can fly in just about any angle: vertical, upside down, etc. The drone can even turn in midair, demonstrating that unrestricted flight is indeed possible.

Questions now arise if the hexacopter will be hitting shelves soon. The short answer is that consumers might not see this on shelves anytime soon but Voliro has mentioned that commercialization is not being ruled out.

The Voliro team intends to carry out more research with the hexacopter. The UAV is meant to be a system that can not only fly but also swim and drive.