What better way to know which gadget works best for you than to check out what other users has to say? Whether you are buying a mobile phone or camera, it pays to read feedback and comments from people who already have firsthand experience in using a gadget. The same concept should be applied when deciding which camcorder to buy. As you will discover in this Panasonic AG-AC90  review, it is of great value for your money.

But first, here’s a look at its amazing features. 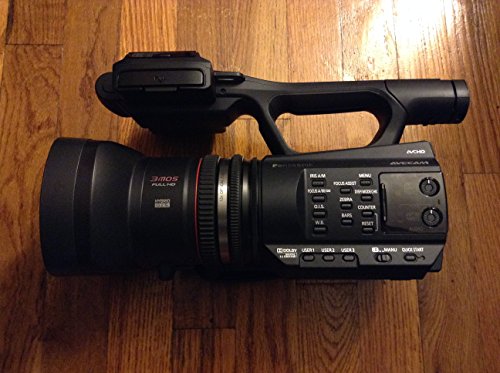 The Panasonic AG-AC90  carries the same design as its predecessor but better. This makes it easier to use, especially to those who have already used other models of Panasonic handheld camcorders. It comes with optical zoom (rocker and manual), focus ring, record button and other features a handheld camcorder normally has. The only difference is that you won’t see a dials or video gain switches on it as they are integrated into the iris ring. By opening the iris in different levels, exposure setting and neutral density filtering also vary. The LCD panel also slides out from the crosspiece at the front and doesn’t fold up flat on the side. This allows the LCD to be rotated up to 270 degrees for some selfie shots.

This handheld has a 12x optical zoom, which isn’t too shabby by anyone’s standards. It can be controlled in two ways: (1) by turning the middle of the three rings on the lens barrel and (2) using one of the two zoom rocker switches that are found at the top of the handle and another on top of the hand grip on the right side. Between the two options, using the middle ring provides a smoother way to zoom in and out on any speed you want.

As this Panasonic AG-AC90 review will show, this model provides various options to achieve quality audio. It comes with a built-in microphone capable of 5.1 surround sounds or two-channel stereo capture. It also comes with two XLR inputs that can be used when the microphone needs to get close to the subject.

The Panasonic AG-AC90 camcorder boasts of a 3 1/4.7 type MOS, 1080p image sensors and dense pixel-shifting technology that delivers sharp, detailed pictures. It also has excellent color reproduction and a broad dynamic range. It is also capable of taking 3MP still photos that are directly recorded to SD cards.

Overall, this camcorder has a lot to boast about, especially in terms of performance. It offers excellent image quality, has a highly effective OIS, very clean gain and features backup recording on the second memory card. So what are some of the concerns other users have about it?

Based on other AG-AC90  reviews, some users claim that the design isn’t as impressive as it is cut out to be. Apparently, the front end where the lens are found is heavier than the rear that when setting down it would lean heavily on the lens. Nonetheless, the groves on top of the handle make it easier to grip, which is an acceptable consolation. The battery, despite looking thick and heavy, doesn’t add up too much weight when in place and doesn’t protrude either.

Another notable weakness is the lack of magnified focus assist that allows the image to be magnified a few times more after it’s zoomed in. Whether or not this is a necessity though depends on who’s using the camcorder. Some people don’t rely on focus assist, while others are dependent on it. If you rarely end up with an image that’s out of focus, then you don’t need the focus assist either.

I've always used panasonic and always will. I love this camera its o light and easy to work with.

Just buy it, it will do everything you want.

Buy the Panasonic AC90 now at the Best Price