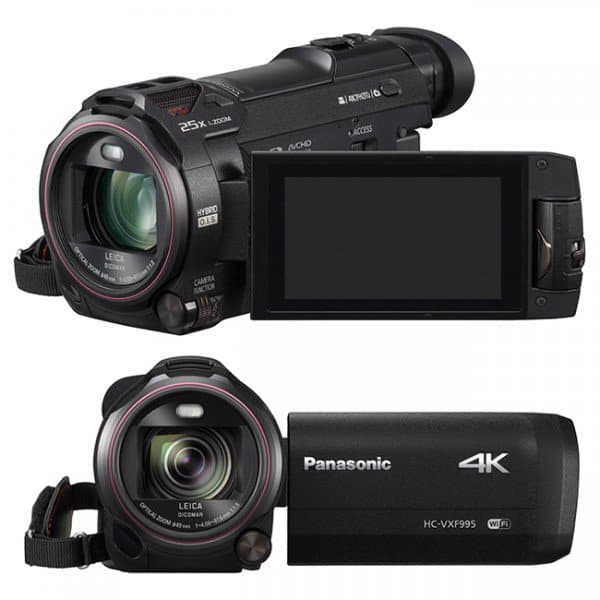 The HC-WXF995M, HC-VXF995 and HC-VX985M make up the line of camcorders with 4K recording capability. All three models are equipped with advanced imaging technologies allowing the capture of images that are not only beautiful but also look natural. These units all have the LEICA DICOMAR lens, a back-illuminated sensor and Crystal Engine 4K along with 4K Cropping and 4K Photo Suite.

With 4K Cropping, professional looking videos in Full HD can be created as videos can be edited in-camera right after shooting. Panning and zooming are also supported with the 4K Cropping feature and the resulting Full HD video still retains its high definition quality and detail. This feature comes in handy when correcting stabilization issues after filming a subject in motion or when filming an event in wide screen from afar then cropping to showcase only the key elements.

The new models are equipped with WiFi capability and a Wireless Multi Cam feature which allows for multiple perspectives to be filmed simultaneously by attaching up to three smart devices.

Both the HC-WXF995M and HC-VXF995 feature viewfinders that can be tilted which allows for more precise subject framing. The HC-WXF995M also features built-in memory and a physical sub-camera called Twin Cam which records a second perspective.

The HC-V785, HC-W585M and HC-V385 comprise the models in the Full HD camcorder range. The HC-V785 features a large 1/2.3-inch sensor which allows the capture of bright and crisp images in different lighting conditions. A versatile 20x zoom lens also comes with the camcorder which enables the production of smooth, slow-motion video. The camera also allows quick access to functions through a programmable manual dial.

A 50x optical zoom and 90x intelligent zoom comes with the HC-W585M and the HC-V385. These zoom capabilities make it easier to get close shots when capturing sporting events or even scenery. Wireless Multi Cam is available for both the HC-W585M and HC-V385 but only the HC-W585M is fitted with a physical Twin Cam and also comes with built-in memory.

Just like the 4K video models, the Full HD varieties have 5-axis Hybrid O.I.S+ to reduce shake and improve stability. These models also have Auto O.I.S. Lock which is triggered automatically when stronger compensation is needed resulting in images that are stable and free from blur.