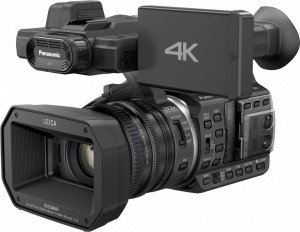 With a number of cameras in the market touting 4K capability, what makes the Panasonic HC-X1000 so special? Well, it’s the first one that is capable of recording 4K ultra HD video at 60 frames per second onto an SD card.
This camera is intended for 1080p shooters who are looking to venture into 4K production. The HC-X1000 features a host of features such as twin XLR audio inputs, built-in ND filters, 20x zoom, high-sped autofocus Leica lens and a pop-out protected touch screen.

Panasonic’s new 4K creation also comes with dual SD card slots. Not only that, it also introduces a feature called “background recording,” which is a mode that records footage on the secondary card so you don’t miss out on anything.
Competitors in the market include the FDR-AX1 by Sony. The level of specification is quite similar, but the HC-X1000 comes with a much more pleasing price tag. And the fact that the FDR-AX1 needs XQD cards to record film rather than SD cards makes its Panasonic rival much more appealing.

The HC-X1000 by Panasonic comes with a WiFi transmitter that allows you to to remotely access the device from a smartphone or tablet. Connecting, controlling and monitoring the camera from your handheld device is made possible through the Panasonic Image App – which is available for both iOS and Android devices.

Panasonic’s 4K creation comes with a built-in Leica Dicomar lens which features four lens groups, as well as iris rings that are electronically linked for manual control. The rings are textured which provides for a better feel.
There are also two viewfinders on the camera which gives the user different choices when operating the camera. You can choose a traditional tilt up color EVF or the pull-out LCD high resolution touch screen. The latter is located above the lens so that you get more natural viewing when opting to shoot handheld.
When it comes to recording modes, the HC-X1000 supports the following formats:

The storage media of choice are SDXC cards, but keep in mind that cards rated as UHS-1 U3 are recommended in order to record the highest bit rates.
With two SD card slots, you can use relay recording and simultaneous recording. And as mentioned earlier, you can use background recording mode when filming in HD.

Those who wish to make the move to 4K will find the HC-X1000 by Panasonic a good choice of camera. With a set of tasty features and the ability to record 4K ultra HD at 60p onto an SD card, this device not only gives good quality output, but value for money as well.

I love this camcorder, easily the best I have owned.

This may be a little more expensive that some of the 4k sony cameras but I am glad i paid the extra. The 4k recording is at 60 frames per second and the output i get from this is very high quality. Very happy with my purchase. 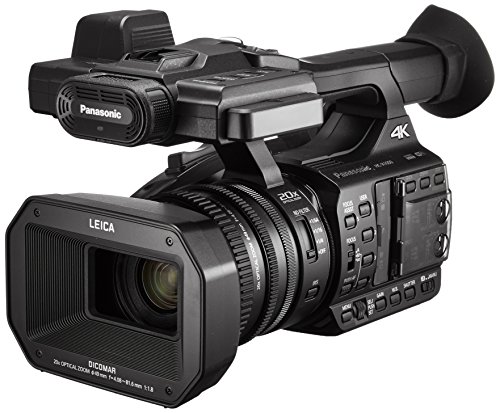