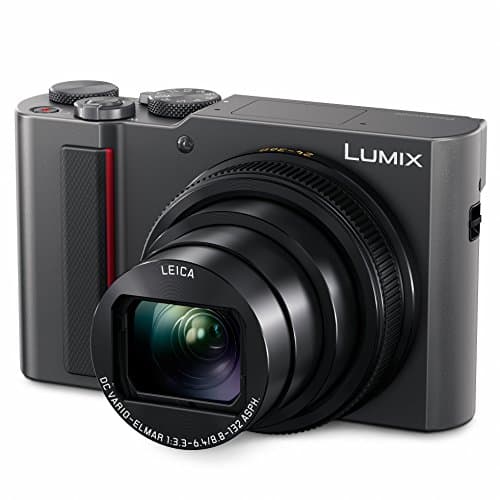 The Panasonic Lumix ZS200 – known outside North America as TZ200 – is a long-zoom compact camera. It offers a 24-360mm equivalent lens and features a 1” sensor, which is bigger than what you’d expect on a long-zoom camera. The camera captures 20MP stills and captures UHD 4K video. The Lumix ZS200 combines decent specs and performance, but it does have a rather slow lens.

The ZS200 is the successor to the ZS100, with a longer lens being its major improvement. It can attain a max focal length of 360mm while its predecessor can only achieve 250mm. While the additional lens length did not increase the camera’s size, it did contribute to a bit of added weight. Although the lens is longer, it is a much slower lens than the ZS100.

Of course, the extra reach does have some benefits, especially if you like capturing scenes from afar. But just beware that the extra zoom has made the lens slow and as such, it can’t take it that much light, which results in a lot more noise.

The ZS200’s electronic viewfinder is 15% bigger than the one found in its predecessor. It also has a higher resolution but “tearing” can occur when performing a pan or blinking since it doesn’t display pixels all at once. However, there’s a chance you won’t notice it as much – the effect differs per person.

With a 4K Photo Feature, you can take a series of images from a 4K video and choose which ones you want to keep. ZS200 also has a Sequence Composition feature that can take a group of shots and stitch them together to form one photo. However, this feature works best with a consistent background.

Compared to other similar cameras, the ZS200 wins the battle when the concern is battery life. It is also better when it comes to touch sensitivity and options for video capture. The extra zoom on the lens, however, comes at a cost: it has a slower equivalent aperture and burst than similar models.

The rubberized grip is a welcome addition, but it continues to sport small buttons that are cramped on rear. Another disadvantage of the ZS200 is its LCD: it is fixed, which is a shame since other similar compacts already sport a tilting variety.

The Auto ISO feature of the ZS200 is a bit problematic as well. Using it can result to painfully slow shutter speeds just so the ISO can be kept at a low level. As such, you have to choose an upper ISO range and minimum shutter speed, which isn’t always best in a camera long-zoom camera. 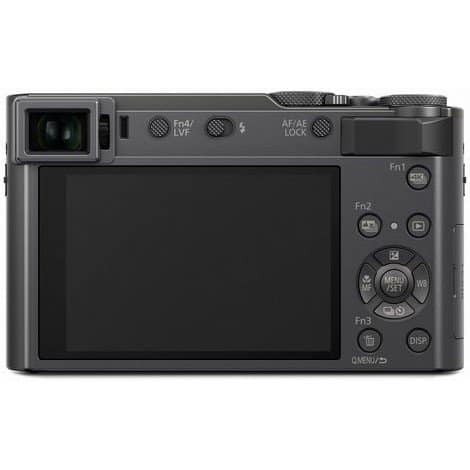 While there are better options when it comes to video quality, the ZS200 is quite capable of producing decent footage. The quality of UHD 4K/30p and 24p videos are good, but the 1080 is much better. Then again, there are some complaints: there is no mic or headphone jacks, it doesn’t perform well in low-light scenarios, and 4K video is a bit noisy – just to name a few.

The Panasonic Lumix ZS200 sports the same 20MP BSI CMOS sensor on other Panasonic models. As such, the same level of quality is expected. It is a good sensor that recovers details from shadows, which allows exposure to be set low in order to save highlights. The camera shoots in RAW and JPEG, which has slightly better color accuracy.

The camera also uses the same Depth from Defocus contrast-detect AF as other models in the Panasonic family. While it’s pretty decent, it’s not great at subject tracking.

The Panasonic Lumix ZS200 is a decent performer. It borrows a lot from the ZS100, with a longer lens being the improvement. However, the addition somewhat fails the camera as it’s a slow performer. If you’re absolutely fine with not having longer lenses, the ZS100 will serve you better. What the ZS200 provides, however, is an option for a 1”-type compact camera with a better telephoto reach than similar models like the Sony RX100 series. It’s also not as huge as the Panasonic FZ1000 and FZ2500. 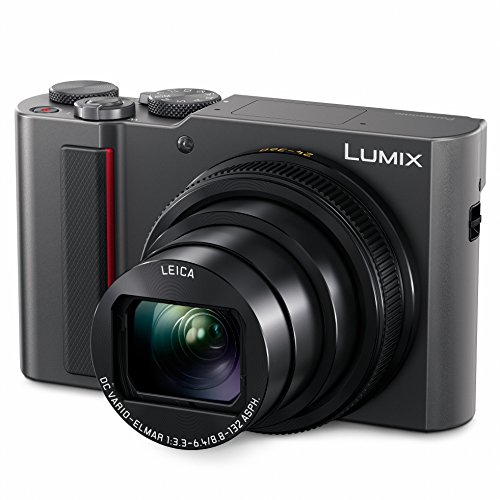