You are here: Home / 4K Drones / A Review for the Xiro Xplorer G 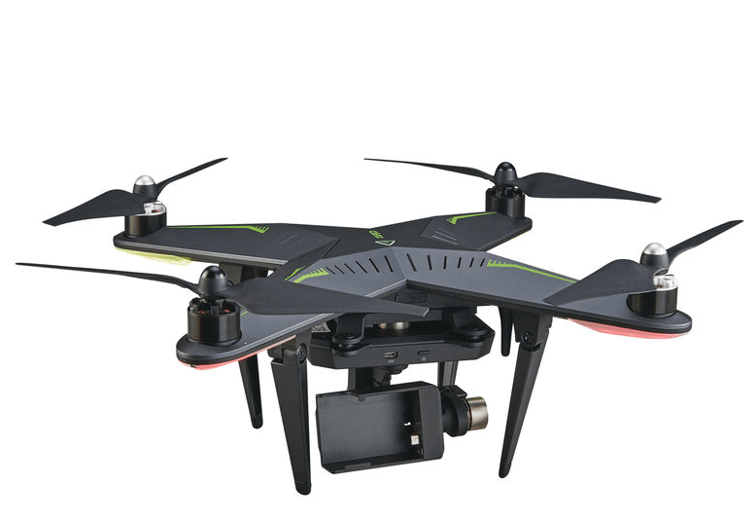 Owners of GoPro cameras that are searching for the best drones that suit their needs should pay close attention to the Xiro Xplorer G, which is a compact quadcopter that can fly far and high, while providing the same GPS-stabilized flight functionality and safety features that more expensive and larger drones have. With the Xplorer G, you can make the most out of your GoPro Hero 3 or 4 action cameras, as it comes with a gimbal to ensure stable footage, but it is not with a cam of its own.

Compared to the Xiro Xplorer V, the Xplorer G is quite the same aircraft, only that it includes a gimbal that can accommodate the most recent GoPro cameras, rather than an integrated camera. However, the gimbal is removable, which means that you can swap it out for the camera that is being used by the Xplorer V. Or, you can just have fun flying it around without a mounted camera. This drone weighs 2.2 pounds, which means that you will have to register it with the Federal Aviation Administration (FAA) before taking it off outdoors.

But like other drones on the market today, the Xplorer G has some pros and cons that you should look into to get a good idea if it is the right option for your needs.

-As it measures 6 x 15.7 inches, the Xplorer G is quite larger than other drones, such as the Parrot Bebop, but it has the capability to cover long distances and fly to high altitudes, like the DJI Phantom 3 Standard.

-This drone is built with an Intelligent Orientation Control (IOC) button that can change the way you control it. By activating this function, you will be able to pull back on the controller’s stick to bring the Xplorer G closer to its launch point or push it forward to let it fly away, no matter which direction its nose is pointing. As you can see, this IOC feature is very useful especially when you are not sure which way the drone is oriented.

-The remote control, which is matte black, includes a clip for your mobile device, which would serve as a display device using the companion app that is available for iOS and Android, with the video of course coming from your GoPro camera.

-The gimbal is properly designed, so it would be extremely easy for you to install or remove your GoPro camera. Basically, you just need to slide your cam in from the side, with the gimbal doing a great job of keeping your camera steady, even when the drone makes hard turns. Unlike quadcopters that use an integrated camera, the drone allows you to receive audio even with the howling of the wind or the buzzing of its propellers.

-The Xplorer G includes hard flight distance as a safety feature, so you will have a fewer chances to lose the drone if you are only flying it at a set distance from you. 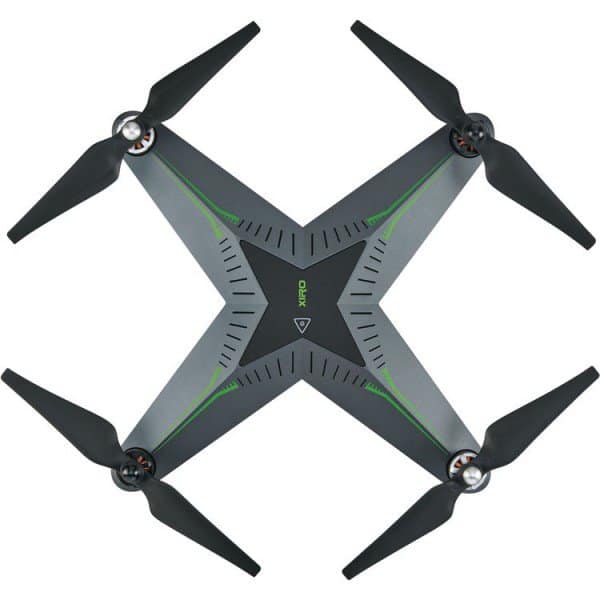 -Coming with an integrated USB port to transmit video from your GoPro camera, you might find it not lining up -perfectly with your camera, appearing to be angled a bit downward that it would be difficult to work it out with the cam. Nevertheless, you can solve this by popping the plastic faceplate off of the gimbal and applying some pressure to make a proper connection.

-While the Xplorer G does come with an integrated clip for your mobile device, it does not fit larger mobile phones, like the iPhone 6.

-You do not have the option to start or stop recording with a GoPro app, so you will need to do it manually on the camera itself.

All in all, the Xiro Xplorer G is a great drone for those who own GoPro cameras, and it is an inexpensive and compact model that is able to transmit videos to your mobile phone up to the limits of its range. Though its battery life is not that excellent, it is fairly better than similar drones. Unlike any other model in its price range, it is stable in the air and can fly with ease up to the 400-foot limit that is set by the FAA. Now, if you are a GoPro owner, you should take a closer look at this drone from Xiro for your aerial video needs. You will never know, the Xplorer G can give you the satisfaction you are looking for in a drone!