You are here: Home / 4K Drones / Yuneec Typhoon H Drone: Finally, one that can compete with DJI 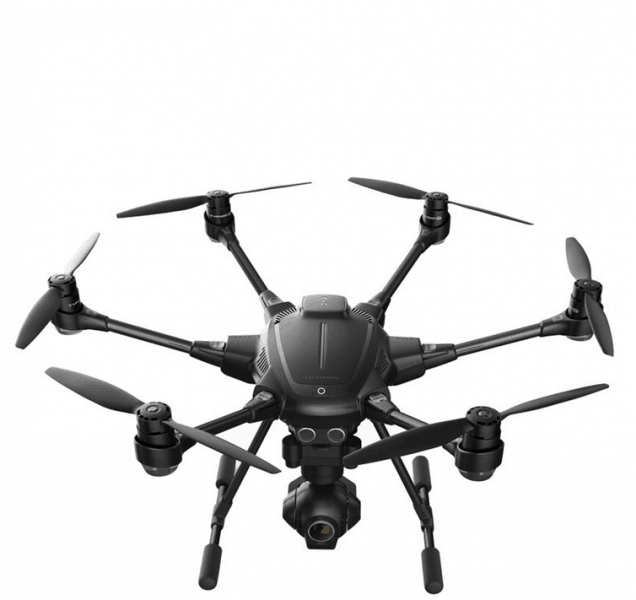 The Typhoon line of Yuneec has always been producing great drones, and they are even considered as one of the best in the market. Yuneec has also been making drones used for aerial photography even before the use of the word “drone” became mainstream. But just like any other maker of drones, they have been surpassed constantly by the products of DJI – it has been this way for a number of years. No matter what Yuneec seems to do, customers clamor towards DJI.

However, that all may change with their Typhoon H model. With this drone, Yuneec seems specifically oriented towards competing and maybe even besting DJI. For one, their H model is priced about $100 lower than DJI’s Phantom 4 even though it more or less carries the same features and has a few added features as well.

But is it really a true rival to DJI’s Phantom 4 and others?

With so many drones in the market, what can truly set Yuneec’s Typhoon H apart from the pack? For one, it has six rotors – most models have only four. The hexacopter doesn’t need all six rotors to fly as well – it only needs five. So why add one more? Well, the sixth is their in case one of the rotors doesn’t function as planned or for some reason just doesn’t work. When that happens, the drone recognizes the issue and can immediately address it allowing for a safe flight back home. 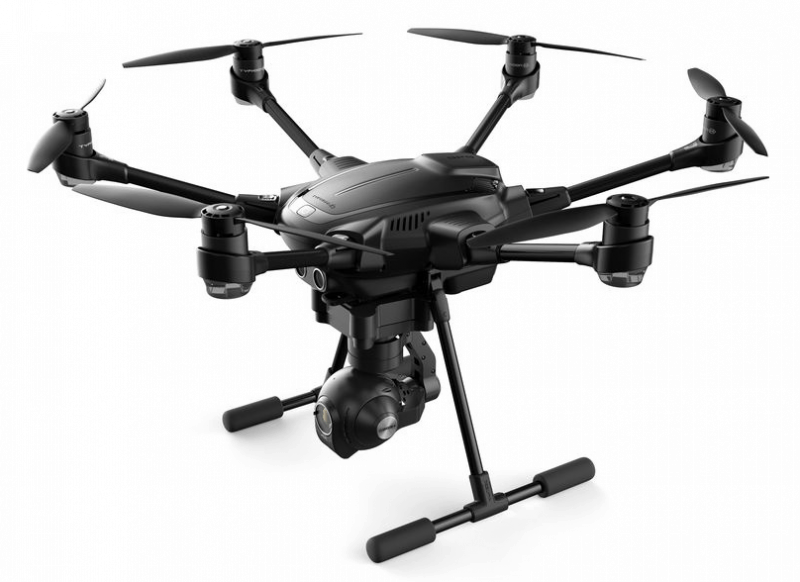 The Phantom 4 of DJI can only pan up and down, and this is where Typhoon H beats the competition: their hexacopter is equipped with a 360-degree camera. Mounted on a three-axis gimbal, the Typhoon H can swivel 360 degrees giving users lots of different looks. Let’s face it, this helps too during aerial photography.

Another great feature of the Typhoon H is its landing gear. Why is that? Well, users only need the flip of a switch to retract it. As such, it doesn’t bother much with shots.

While Phantom 4 is also equipped with obstacle avoidance technology, Typhoon 4’s built in one takes it a notch higher: it can avoid problems even in low-light situations and in complete darkness as well. The difference is that the Phantom 4’s sense and avoid technology is visual while Tyhoon H’s is sonar. But while that deserves praise, the system is placed on the drone’s nose, meaning it can only detect problems when approaching them facing forward.

The Typhoon H is also comes with a full suite of autonomous flight modes. While it features those normally seen in other drones, it also has Cable Cam, Orbit, Follow Mode and a couple others more. These allow users to give flight control solely to the drones and focus on manning the cameras instead. 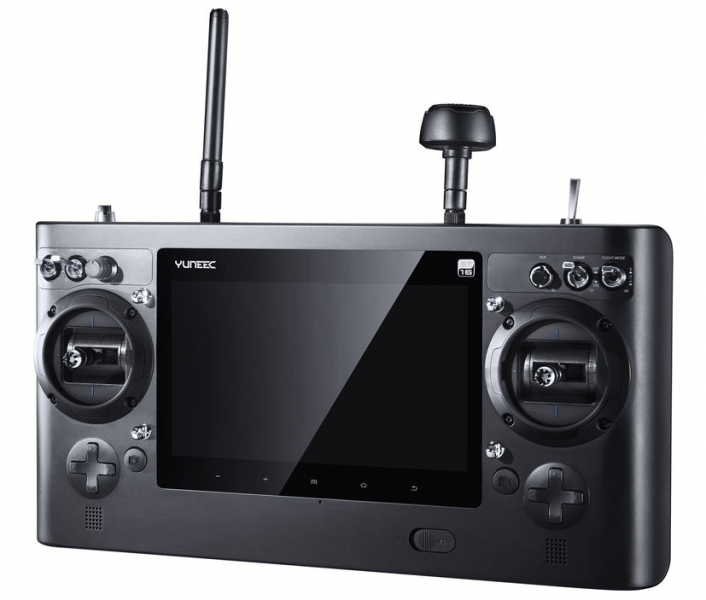 Also, the Typhoon H comes with an ST16 ground station, the drone’s own dedicated controller. What does this mean? Well, some models allow users to control their drones from smartphones or tablets but that is eliminated from Yuneec’s Typhoon H model. The controller has a range of buttons and knobs for various features and even has a built-in touchscreen that can display telemetry data, stream live video from the onboard camera and access additional features and flight modes. Even better, the drone can be connected to two different controllers: one for controlling the drone and the other for controlling the camera. Let’s face it, these capabilities aren’t offered by any other in the market right now.

While absolutely not the perfect drone model, the Yuneec Typhoon H is definitely impressive enough to be considered a rival for DJI’s Phantom 4 and the 3DR Solo, its two biggest competitors. Yes, there are some areas where it does need to improve but given what it is capable of at this moment, investing in this model won’t be a waste of money.

Plus, there’s the fact that the Typhoon H costs $100 less than a Phantom 4 and it doesn’t skimp on the features as well – it even provides more! Put simply, the Typhoon H has the features you want in a camera drone: it has smart autonomous flight modes, it features a great obstacle avoidance system, it has its own touchscreen controller and it has a 4K camera capable of 360-degree rotation. Now, let’s all admit that that’s really one monster of a package.