A German photographer and professor was born in 1955 in Leipzig by the name of Andreas Gursky.

You might wonder why this person is phenomenal in his field of expertise. Well, it is undeniable that his educational background has obviously given him the advantage.

His methodical approach is quite obvious in his passion for larger scale photography, which was influenced by his teachers at the Dusseldorf Art Academy.

This is also where he received his training from a photographic team known for their distinctive and dispassionate method of systematically cataloging architecture and industrial machinery.

Arguably, it had a strong impact on the street level photographs of Gursky.

Gursky was at first independent when it comes to enhancing images until the 1990s where he became reliant on computers to enhance or edit pictures.

This has helped him get the advantage of making an art of spaces even bigger than the photographed subjects.

Basically, the perspective of Gursky can be seen from an elevated vantage point in many of his photographs.

This is said to be useful for the viewer to encounter scenes that encompass both center and periphery, which are mainly beyond reach.

Gursky is also attracted to large, anonymous, manmade spaces, such as office lobbies, high-rise facades, interiors of big box retailers, stock exchanges, and the like.

His style is nonetheless deadpan and enigmatic, wherein there is little to no explanation needed to his works. His photography is indeed straightforward.

Andreas Gursky at the Hayward Gallery

In celebration of the 50th anniversary of the Hayward Gallery, the work of acclaimed German photographer Andreas Gursky was included in the first major UK retrospective in 2018.

Several other notable exhibits were also presented all around the world to honor the extraordinary achievements of Andreas Gursky.

On November 26, 2018, the astonishing photographer Andreas Gursky was awarded with the Grosser Kulturpreis der Sparkassen-Kulturstifung Rheinland.

Gursky also received several awards over the course of his career. These include the 1988 Forderpreis des Landes Nordrhei-Westfalen fur junge Kunstler. 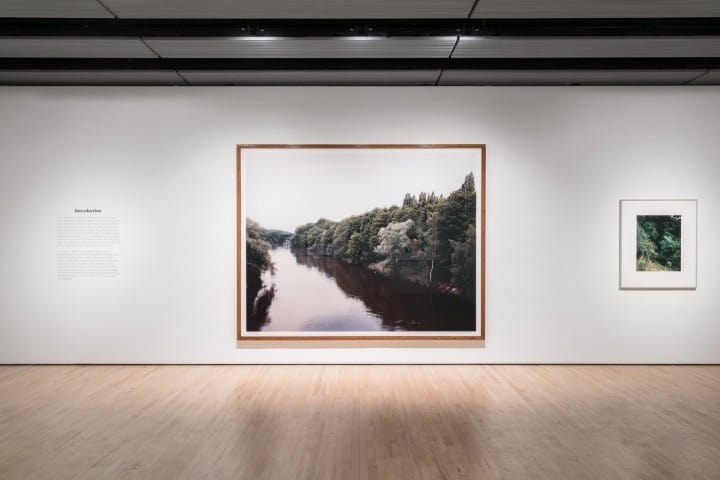 He also received the Citibank Private Bank Photography Prize in 1998.

Likewise, he gained the Infinity Award for Art from the International Center of Photography in New York in 2001. Currently, he is a professor for Liberal Arts at the Art Academy in Dusseldorf in Germany.