The PowerShot SX740 is Canon’s new compact superzoom, a replacement of the SX730. It retains several features from its predecessor, including a 20MP 1/2.3” BSI-CMOS sensor, 24-960mm equivalent F3.3-6.9 lens, and flip-up LCD. New additions include the latest Digic 8 processor from Canon that enables support for 4K video and 7.4fps burst shooting with continuous AF. The camera will be available in silver or black and is expected sometime in August for a retail price of $399. 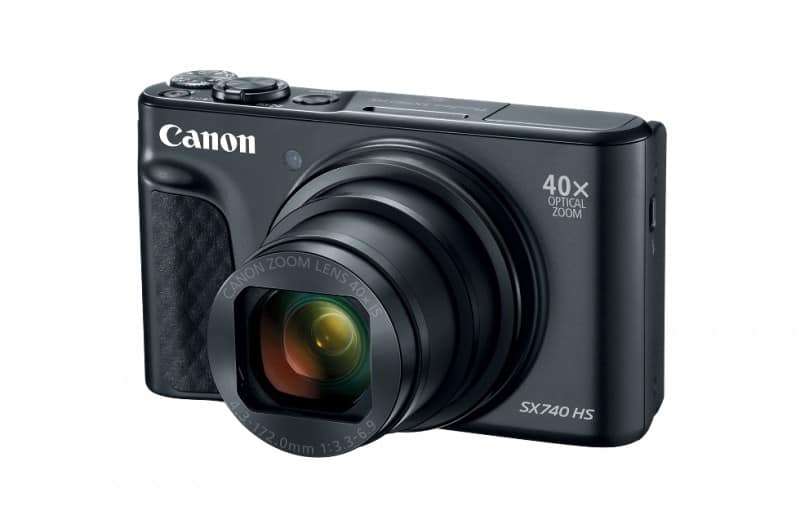 With a thickness less than 40mm and a weight not more than 299g, the SX740 is a good option when looking for a camera that won’t be an inconvenience when used to document trips or daily life.

It is one of the smallest compact cameras to offer a 40x optical zoom lens, which gives a 24-960mm equivalent reach. The camera can also offer a maximum aperture of F3.3-6.9 within that zoom range. The lens, coupled with a small 1/2.3-inch 20.3MP CMOS sensor, won’t be able to provide satisfiable low light performance. Something had to give in exchange for the extra zoom.

Like the SX730, this model also comes with a tilting LCD. The size remains the same at three inches and it’s also not a touch screen.

Unlike other premium varieties, the SX740 HS is not weather sealed despite being promoted as a “bring anywhere you like” compact camera. Then again, this will do fine in normal weather conditions.

The PowerShot SX740 HS comes with an NB-13L lithium ion battery and is good for about 250 shots. It can also be controlled remotely via smartphone.

Although the less-than-perfect performance in low light situations might be disappointing, the SX740 HS does provide neat imaging features, such as Canon’s latest Digic 8 processor  which allows continuous shooting at 10fps (although this drops down to 7.4fps when locked onto a moving subject).

The camera features an ISO range of 100 to 3200 and saves captured images as JPEG files.

Video recording is very much a part of travel documentation or daily life, and the SX740’s features don’t disappoint. The camera can record 4K video at 30fps and saves the footage in MPEG-4 format. An 8MP still can also be extracted from the recorded video to use as a cover image or a “preview” when sharing updates on social media platforms. The compact can also record at 1920 x 1080 at 30fps and 60fps as well as at 1280 x 720 at 60fps. 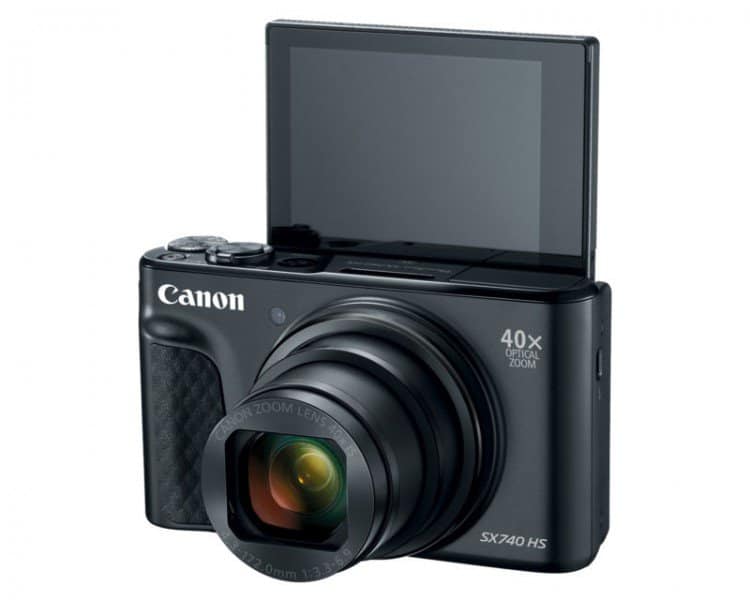 The Canon PowerShot SX740 HS stores media into an SD/SDHC/SDXC card. It is equipped with a USB 2.0 and a micro HDMI port. It’s understandable for this model not to have a microphone or a headphone port since it is mainly offered as a budget-friendly compact camera. It does have WiFi and Bluetooth to easily transfer media files to be uploaded to Facebook, Twitter, or Instagram.

The PowerShot SX740 HS will start shipping sometime in August. It will have a list price of $399 and can be purchased in either black or silver.