There’s no shortage of cameras on the market today. But when you look closer, only a handful can really deliver in terms of performance, portability and design. One of these is the new Sony A7C, a full-frame camera that has all the good things about the A7 III—the sensor, autofocus system and processor—combined with the body like that of the A6600.

At $1,800, the Sony A7C is definitely an investment. But this small camera can offer you big things that make it worth every penny you spend:

Breaking the mold: The A7C

In 2013, Sony released the Alpha 7 and Alpha 7R that became the first full-frame mirrorless cameras in the world. Since then, eight full-frame cameras were launched under the Alpha line and they had almost the same design.

The Alpha A7C, however, broke the mold with a revolutionary new design that’s more compact for bringing around everywhere. But its small size doesn’t mean that the A7C cannot deliver in performance. In fact, you get all these amazing features with your purchase: The only downsides to using the A7C is that it has a smaller viewfinder that makes it challenging to see in bright light, a smaller handgrip that could pose a problem to some photographers who are used to bigger grips in other Sony models, a control layout that’s mostly controlled by the right thumb and a kit zoom that doesn’t fully maximize the benefits of having a full-frame sensor. 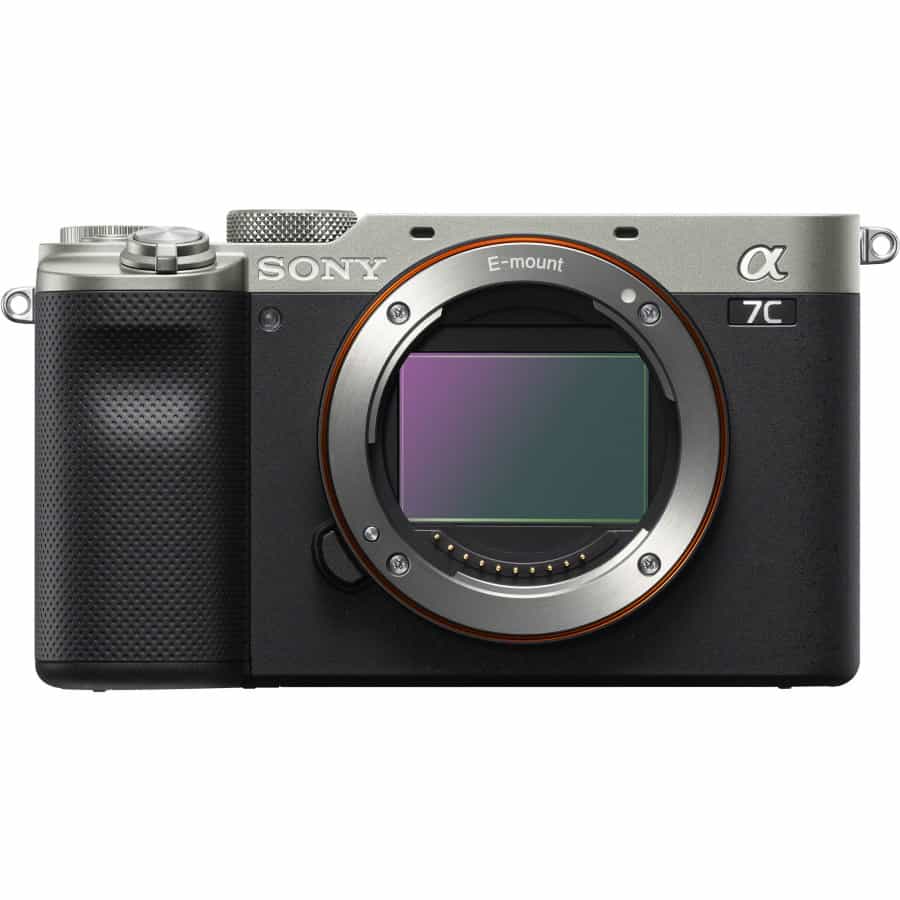 For its price point, the Sony A7C camera isn’t the cheapest out there, but it’s still a worthwhile investment considering its features and portability. So, if you’re looking to move from just using your mobile device to take photographs, the Sony A7C is definitely a great choice for its big sensor and portable body.