What are the Top 5 Best Quadcopters for Aerial Filming ?

Even if you own the best video camera ever made, creating a stable good quality aerial clip is always going to be a challenge. This is especially true if you shoot from a helicopter or microlight plane. For one thing its very expensive to do and other thing you will need some very good equipment to steady the camera during flights.

Thanks to quadcopters, aerial filming is now easier and safer than ever.  At the moment DJI lead the way in quadcopters and we have the best ones here. We have tested all of these and each is good in its own way.

DJI Phantom Vision 3 Plus – 4K Footage An A Budget 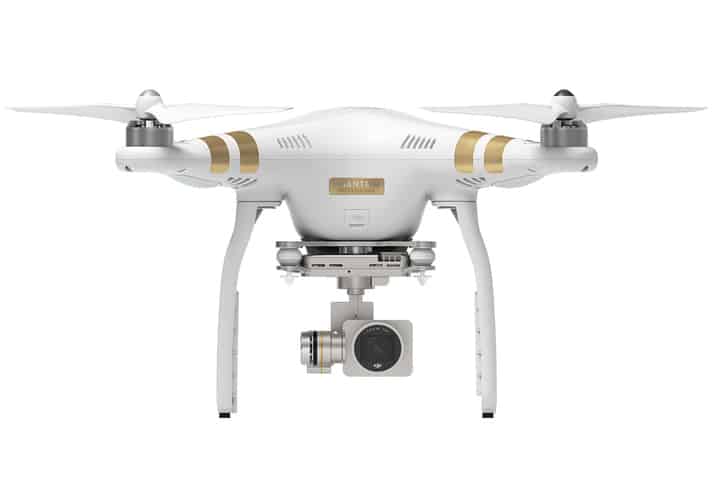 The Phantom Vision 3 is one of the best drones to come out recently for many reasons.Take a look at the review to see some of these reasons. If you don’t want to spend much over $1000 then this is the drone to look at. We have successfully used this on set to produce broadcast quality footage. 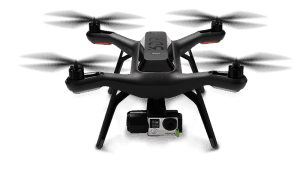 3DR have created a quadcopter With Dual 1GHZ linux companion CPU’s and by being the only drone that can automatically control both the copter and the position of the camera at the same time. You will provide you own camera for this drone. Great bit of tech, grab it quick. 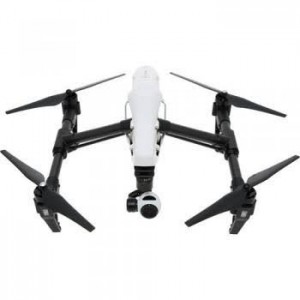 The Inspire from DJI is the most popular 4K quadcopter available today. The difference between this and many of the other drones out is the fact that this can film in professional 4K resolution and has a long battery life. This is the pro’s drone. 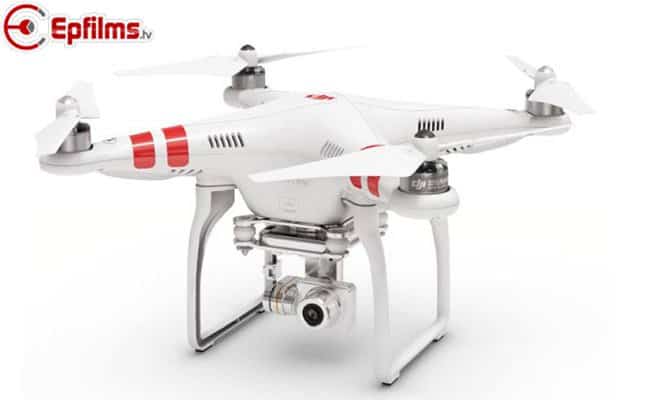 Among the best quadcopters on the market, the  Phantom 2 Vision+ is still considered one of the best, what with its ability to record super-smooth video because of its 3-axis gimbal. With a built-in FPV link and redesigned HD camera, you can stream live video and stills from the quadcopter to your smartphone. When it comes to convenience, the Vision 2 + trumps the rest because the gimbal and a camera are already attached to the device, eliminating setup headaches. 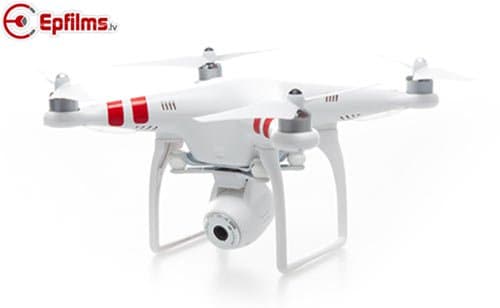 The next best quadcopter is the Vision 2. This is quite a bit cheaper than the Plus and may be good enough for many users. It still films in 1080p but doesnt come with the gimbal camera mount. The footage taken from the vision 2 can, however be smoothed out easily to match that of the Vision 2 Plus. Take a look at the Vision 2 test to see more 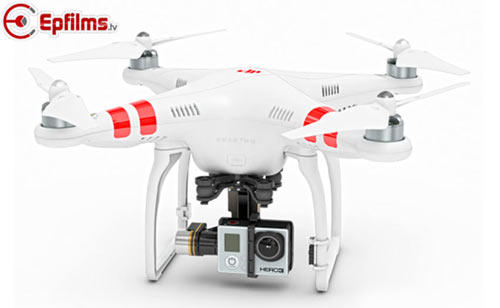 If you already own a  GoPro HERO3: Black Edition or any other GoPro camera then you may want to use it with the Phantom Zenmuse. This will enable you to film high quality aerial footage using the advanced capabilities of the Gopro Hero3 cameras. the disadvantage is you cant FPV out of the box. 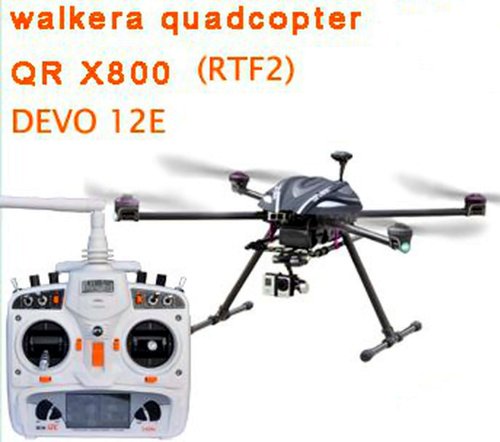 Although this quad will fit in your palm, it comes with amazing features that will change the way you do aerial filming. It has a built-in camera that feeds a live picture directly to the built-in screen on the transmitter. You can record to the SD card and then view the progress on the screen. Because of its lightweight frame, 6-axis flight control system, first-person view and capacity to run a live video at a distance of up to 100m without interference in open space, the X4 FPV is one of the best quadcopters anyone can have.

6 of the Best Quadcopter Drone Videos Produced … So Far

With quadcopters getting better and a lot more friendly to the pocket in terms of costs, 2014 saw a whole lot of people turn into drone hobbyists and professional aerial videographers. Even before its widespread use in 2014, drones have been used for real estate listings, disaster surveys and Olympic sports.

Aerial photos and videos of properties for sale were once reserved for the most luxurious of homes. But thanks to the arrival of drones, even moderately priced places are getting the aerial treatment. This is particularly true in the Bay Area where properties can be surrounded by water, hills, beaches and vineyards. It adds more selling points because potential home buyers can see a different perspective of a house that doesn’t look all that impressive with regular photos.

Drones have also been used to survey disasters like the gas explosion that wrecked two buildings in New York City in 2014. A DJI Phantom II was launched by a local man to film what happened next. The drone was able to capture about 30 minutes of footage which showed brave men at work.

At the 2014 Sochi Olympics, drones were used to film ski and snowboarding events. The use of unmanned aerial vehicles for sports photography and videography has a load of benefits. Among those advantages include being quieter and cheaper than a manned helicopter; allowing the filmmaker to get closer to the subject; and being more flexible than cable-suspended camera systems.

Having looked at some of the practical uses of drones, it’s time to focus attention on some of the best drone videos taken and published online. Here are six of those:

The Somewhat Illegal View of Beijing

Drone regulation is still an issue that needs to be ironed out because not a lot of countries share the same view of these flying machines. One of the cities where drones aren’t allowed is in Beijing, particularly the Forbidden City. But just like anything deemed illegal, some people find ways to break the rules.

This time, however, the not following of rules resulted in a lovely footage that gave the world a rare perspective on Beijing. The man who was brave enough to defy orders is Trey Ratcliff.

Ratcliff used a DJI Phantom 2 with Zenmuse H3-3D 3-Axis Gimbal and a GoPro Hero 3+ Black Edition for his shoot. He used a mixture of wide angle and narrow shots and had the device take a photo every five seconds.

Unfortunately for Ratcliff, he got detained because as mentioned, flying a drone is illegal in parts of Beijing. What was fortunate about the incident though was that Ratcliff was allowed to keep the footage which he happily shared with the world.

The Eerie Desolation of Chernobyl filmed by quadcopter

Postcards from Pripyat is the video of British documentary maker Danny Cooke which he released on Vimeo. He was able to shoot the footage he uploaded on the net during a trip to Pripyat for a segment on the US current affairs program 60 Minutes, which airs on CBS.

Pripyat is located a few miles from the Chernobyl power plant that exploded almost three decades ago. What the video shows is an eerie, post-apocalyptic landscape of a town that was abandoned after the disaster.

For the shoot, Cooke used a DJI Phantom 2 drone while the camera that shot the video was a Canon 7D.

Jos Stiglingh flew his DJI Phantom 2 drone into the fireworks display on West Palm Beach in 2014. Although the resulting footage he took was clearly stunning, it was nonetheless illegal.

Authorities establish no-fly safety zones during fireworks displays in order to protect the public but as evidenced by the video, it’s not always followed. After the video surfaced, federal investigators put the video under investigation.

According to the Federal Aviation Administration, they are determining “if there was any violation of federal regulations or airspace restrictions.” The punishments if found in violation include “a verbal warning and an order to stop the operation and civil penalties.”

The Beauty of Koh Yao Noi

Koh Yao Noi is one of the least developed islands in Thailand and Philip Bloom just showed the world how truly beautiful the place is. Bloom notes in his Vimeo post that the island is not much developed despite being the middle of a tourist belt.

For his video, Bloom used a Phantom 2 from DJI. What’s notable about the footage is how close the drone gets to the ground. Equal parts delightful and enchanting, Bloom has managed to showcase a rather neglected place that is teeming with so much beauty.

The “Into the Heart of the Volcano” Quadcopter Video

Mount Yasur is a volcano located on the island of Tanna, which is part of the South Pacific nation of Vanuatu. The volcano has been erupting continuously for eight centuries. Avid adventurer Shaun O’Callaghan sent his DJI Phantom drone mounted with a GoPro into the heart of the volcano. What he was able to capture was a look at the inside of an erupting volcano. When posting the video, he wrote “Amazingly no phantoms were harmed while filming!”

The dangers of filming in dangerous situations like a volcano erupting poses challenges for filmmakers and it seems like drones have the answer. Although there is still the issue with the drones getting too close to the heat and having their parts melt away. But for now, we know that it’s possible to fly that close without putting human life in danger.

The One at Burning Man

At the 2014 Burning Man, Eric Cheng flew his DJI Phantom 2 quadcopter into the air and shot footage, some of which was streamed to Burning Man’s Ustream live webcast.

Although the flying of drones at Burning Man is highly regulated, a maximum of 200 drone registrations were allowed in the weeks leading up to Burning Man. Of course, certain rules were enforced to ensure that it doesn’t disrupt the events happening below.