Straightforwardly called the YN 50mm F1.4 II, the lens from third party maker Yongnuo looks different from its predecessor and promises impressive bokeh quality. Yongnuo is slowly getting recognized as an alternative source for quality yet affordable lenses. 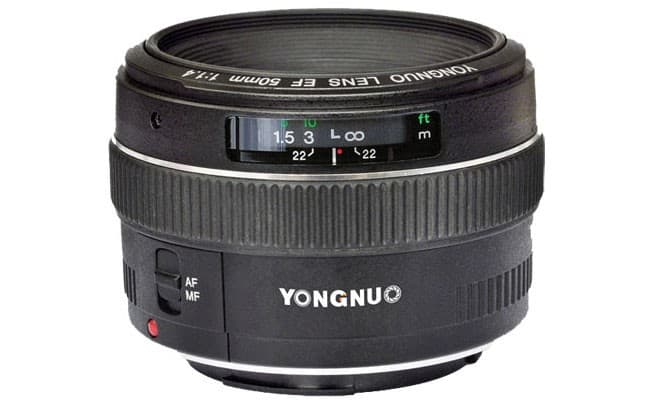 Yongnuo No longer a Canon clone

Yongnuo’s earlier releases copied the design of Canon’s lenses. The YN 50mm F1.4 II’s predecessor looked similar to the Canon 50mm F1.4. In fact, it looked like a near perfect clone when it was unveiled in 2014. This time, Yongnuo has shifted away from aping Canon’s very popular Nifty Fifty.

At the time of its release, the first Yongnuo 50mm F1.4 shared similar features with its “inspiration”: an 8-blade aperture, a 45cm minimum focusing distance, a 0.15x maximum magnification, and a 58mm filter diameter – just to name a few.

However, Yongnuo couldn’t match the ultrasonic motor of the Canon 50mm. Their version stuck with a DC-motor driven focusing system.

Yongnuo’s latest model features a 7-blade aperture for impressive blurred backgrounds that feature “circular defocused spots.” In addition, a 14-star effect can be achieved if the aperture is stopped down.

The new Yongnuo lens features a USB port, which will be used for firmware updates. Other features of the new 50mm lens include Live View Focusing for focusing on special angles or from the “broadened view on the display screen.”

Equipped with a  focus distance indicator, users can better judge the distance in order to accomplish manual focus. 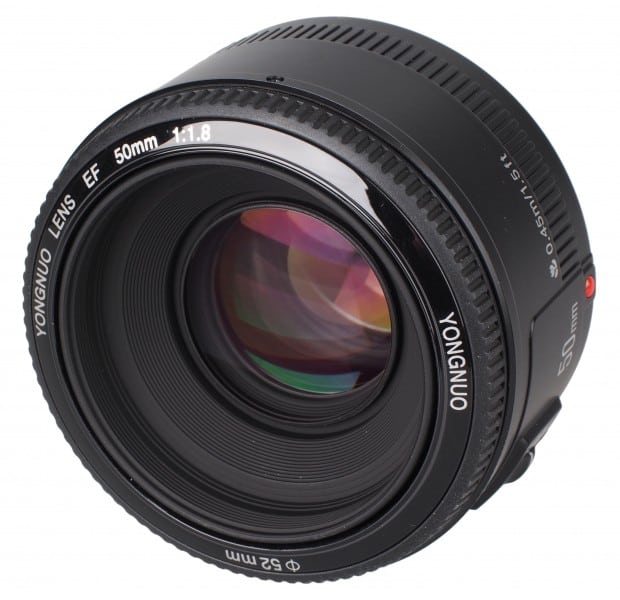 The other Canon 50mm clone

Canon has two versions of their well-loved Nifty Fifty lens: F1.4 and F1.8. Before announcing an update to their F1.4 lens, Yongnuo revealed a replacement for their F.18 product.

Of course, the successor is also straightforwardly called the Yongnuo 50mm F1.8 II. With bokeh quality being the emphasis of their lenses, the new F1.8 offers what is called “Super Bokeh.” Much of the changes in the new F.14 lens mirror the changes in the F1.8 II.

The Yongnuo 50mm F1.4 II will be made available on Amazon and other places. It is compatible with cameras that sport the EF mount. Nothing has been mentioned – yet – about possible support for other mounts. The lens will retail for $199 and it already has a product page up and running on Amazon.