Four years. That’s how long it took Canon to come up with a successor to the 5D,its most popular full-frame  camera. In that span of time, Sony was able to announce the A7, release a follow up, and then split it into two offerings (A7R and A7S) that have also been updated multiple times.

While the new 5D, the Canon Mark IV, still occupies the full-frame throne, its position is being threatened with the arrival of the new A7R III, a full-frame interchangeable lens camera that delivers not only in terms of resolution but also speed.

The Sony A7R III is, in a lot of sense, a competitor to the Canon 5D Mark IV. It even retails at a slightly lower price tag, which should encourage those who want to shift to a full-frame camera.

When it comes to camera competition, there will be areas where one is significantly better than the other. That exists too with the 5D and the A7R III. But the difference is a rather negligible one: the 5D has a higher resolution LCD touchscreen.

In the end, all this comes down to will be preference. Shooters might also consider the frequency of updates, which Sony is doing a lot of compared to Canon and even Nikon. In fact, Sony replaced the latter in the second spot of full-frame camera market shares. 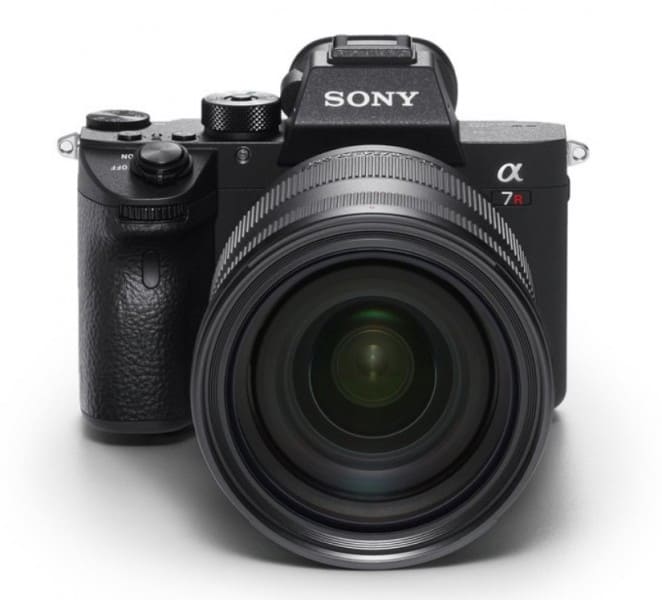 When this camera was announced, Sony made it a point to emphasize its low-light capabilities. Light collection efficiency was indeed improved thanks to a 42.4MP resolution back-illuminated Exmor R CMOS image sensor with gapless on-chip lens design and anti-reflective coating.

The combination of all these features allow the camera to not only shoot faster but also enable a high ISO and dynamic range. The ISO range is an impressive 100 to 3200 which can be expanded to 50-102400 for stills. The A7R III also offers a 15-stop dynamic range.

The upgraded image processing system of the A7R III allows it to continuously shoot 42.4MP images at 10fps, as well as provide AF/AE tracking for up to 76 JPEG/RAW images (28 for uncompressed RAW images). Continuous shooting is also possible in live view mode: up to 8fps and with not much lag in the viewfinder or screen. With these features, shooters can capture fast-moving subjects with a high degree of clarity and accuracy.

Sony may have built the A7S for video, but the A7R III is poised to be a camera for both stills and video capture. The camera can shoot 4K video at 24 or 30 fps and 120fps for 1080p video.

Sony has had significant developments in the full-frame market in recent years. This latest offering shows that it could level with – and even do better – than Canon or Nikon.