You are here: Home / General / Canon announces the end for EOS-1v film body

The Canon EOS-1v is taking a bow after more than a decade in service. No particular reason was given for ending the product’s production, it was one of the company’s finest achievements when it was released in 2000.

Canon EOS-1v’s body was used as the basis for future models, the EOS-1D and the EOS-1Ds. Before it was retired, the model was the last of Canon’s professional film cameras.

When it was released in 2000, the EOS-1v was the fastest moving-mirror film camera. Although that record has since been eclipsed, shooting 10 frames per second back in the day was quite the feat.

The EOS-1v was a successor to the EOS-1N and improved upon certain features, including better water and dust resistance. Canon used leading edge “thixo-molding” metal injection molding technology to produce strong and rigid outer covers.

Features of the Canon EOS-1v 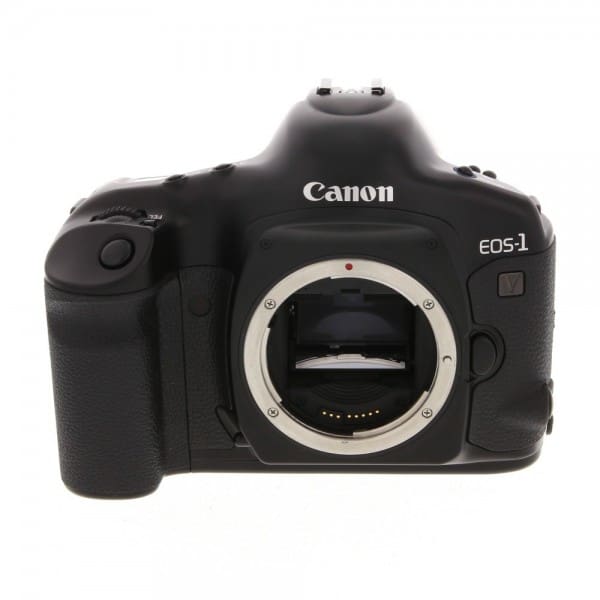 Canon also incorporated the advanced metering system of the EOS-3  into this model, as well as the 1/8000 sec high-speed shutter that could sync with flash at 1/250 second.

The camera can also store data from 100 rolls of a 36-exposure film, which can then be read out using the EOS Link ES-E1 software that was launched along with the product. The images were matched to those on the roll using an ID number.

The EOS-1v’s camera features a 0.72x 100% viewfinder can also present a clear and bright view of a scene.

A continuation of Canon repair services

Canon also announced that it would still be accepting repair services for the product until October 31, 2025. However, their statutory repair period ends in 2020 and from that point on, the company cannot guarantee the availability of parts.

The discontinuation of the EOS-1v follows on the heels of Leica’s announcement ending a film camera line, the M7. Many DSLR users might have even forgotten the existence of such a camera – hence the announcement to terminate this product might not have been quite a blow – but this is disappointing news to lovers of film cameras.

As the translated official announcement says, “Although it is truly selfish, thank you for your kind understanding of the circumstances.”