You are here: Home / EP's Latest Camera News & Releases / GoPro Hero 7 Image Leak: Not Much Info, But It will Come in Three Varieties

September is the month for hearing news about a new flagship GoPro Hero model. This year looks to be no exception what with an image leak surfacing on Imgur. There must be more than an ounce of truth to it since the gallery was removed but it’s alive on Reddit. As exciting as the leak was, it still doesn’t tell much about the upcoming GoPro Hero 7.

What is known about GoPro Hero 7? 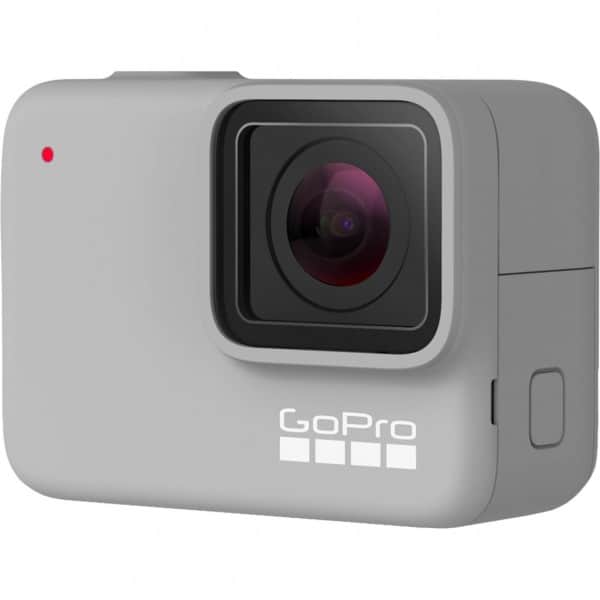 The images initially posted to Imgur indicate an in-store display, which shows the flagship model in three colors: black, silver, and white. That doesn’t tell a lot about a unit that will succeed the Hero 6.

It’s hard to tell specifications from a picture, but there seems to be one outstanding feature on the Hero 7 Black that isn’t present on the other two. The model has a screen located in its front that seems to indicate information such as battery life and resolution. It also look different from the Hero 6 Black in terms of design, with the new model having a rubberized exterior.

What are the GoPro Hero 7’s rumored features? 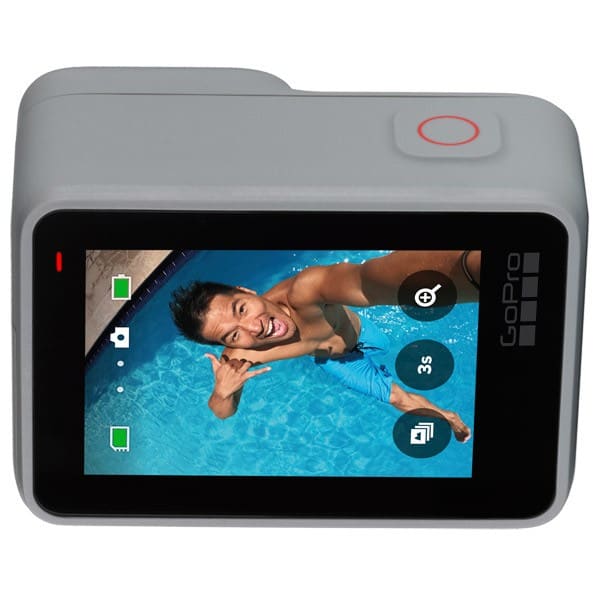 The leak is rather timely since GoPro ususally announces a new model around September. The Hero 6 was unveiled in the same month – towards the end – in 2017. So this leak is pretty much keeping with tradition.

Nothing much really has been known about what the Hero 7 will offer, but hopefully it contains improvements over its predecessor. Some outlets are reporting about a “gimbal-like stabilization” and being waterproof for about 10 meters. The Hero 6 can provide stabilization for 4K recording at 30fps so it remains to be seen whether or not the Hero 7 can top that and provide smooth 4K recordings at 60fps.

There is speculation about the new GoPro Hero featuring a new sensor, but no credible leaks support the theory. Using the photo of the camera in the leak, the Hero 7 seems to be about the same size as its predecessor so it’s likely the sensor will remain the same.

September still isn’t over and with a release looking likely, there’s bound to be information about the upcoming product.