When DJI introduced the Mavic Pro, it didn’t take long for it to become quite the popular model. After all, a foldable drone is exactly what you want for documenting travels. Apart from that, the original did come with great features. While the drone was impressive, there were certain features that customers wanted: a camera with a 1” sensor and a zoom lens. DJI has delivered on both requests with their two new releases.

The Mavic Pro sits between the Phantom line (which is larger) and the Spark (a point and shoot model). The former comes with a camera with a 1” sensor, a feature that has been requested by many users. It seems DJI has listened to their customers and delivered on their need with the Mavic 2 Pro.

Yes, the first of two new Mavic releases includes a camera that has a 1”-type sensor. Although it shares a number of features with its sibling, the Mavic 2 Zoom, there are some differences that would make this preferable to a certain set of users.

First off, the unit will definitely appeal to those who want a portable drone with a large-sensor camera. The camera on this drone is similar to the 20MP 1”-type sensor found in the Phantom 4 Pro and Advanced models. But unlike those two, this one comes with a 28mm equivalent and an aperture range of F2.8-11.

DJI acquired Hasselblad in 2017 and it makes sense for them to use a camera from the brand for their unit. While this doesn’t mark the first time DJI has used a Hasselblad camera in their models, continuing to use a Hasselblad-branded camera for their new drone shows they care about image quality.

Although similar to the zoom model, this one has a 10-bit Dlog-M color profile and supports 4K 10-bit HDR using HLG for HDR TVs and displays. 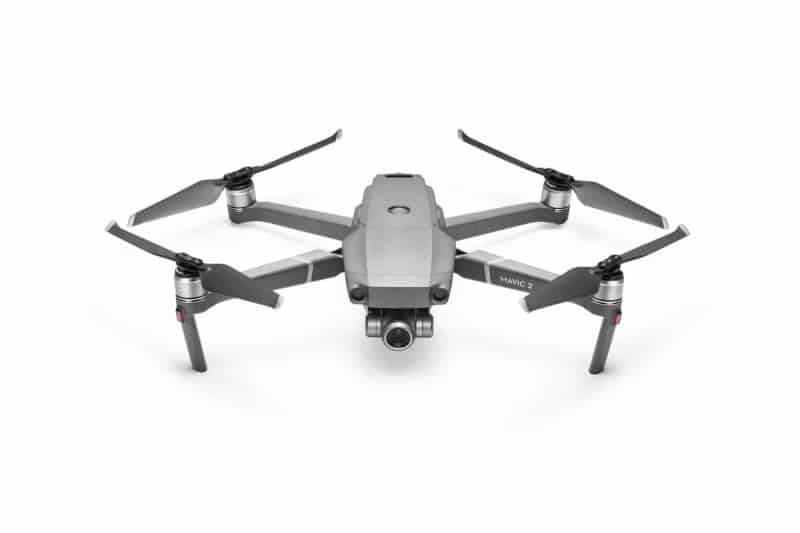 The other request frequently made by customers was for a model with a zoom lens. DJI, again, delivered on that promise with the Mavic 2 Zoom. It shares a 12MP, 1/2.3” CMOS sensor with the original Mavic Pro but with a new 2x optical zoom lens that has a 24-48mm equivalent range. The zoom can even be extended to 96mm but video resolution is limited to HD if such an option is chosen.

Certain improvements have been included in this model, like a hybrid AF system that combines phase detect and contrast detect. With such a feature, this unit can focus 40% better than the models that came before it. At the same time, it also benefits from a more accurate focus.

The Mavic 2 Zoom also has features not in the Mavic 2 Pro: a Dolly Zoom Mode and Super Resolution mode. The former works like the camera technique made popular by Alfred Hitchcock, allowing users to inject more creativity into their shots. The latter takes 9 overlapping photos which are stitched together to form a 48MP image that contains a lot more detail.

Shared Features of the 2 Mavics 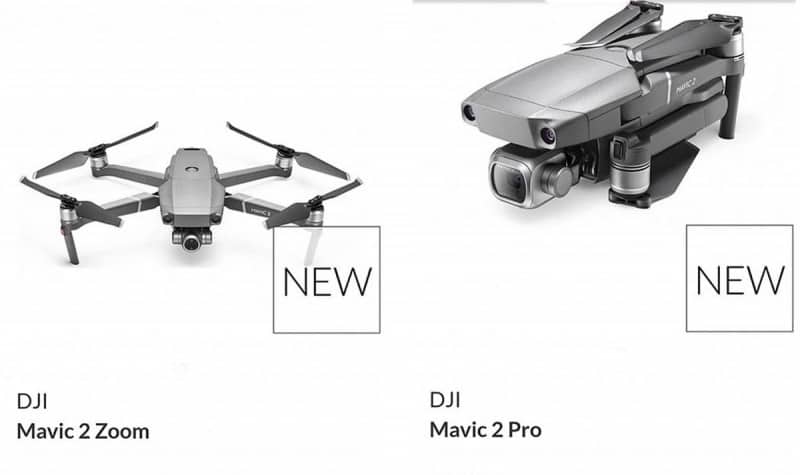 The two new Mavics share similar video features despite being equipped with two different cameras. Both the cameras on these units can take UHD 4K video up to 30p, 2.7K up to 60p, and UD up to 120p.

Also included is a new HyperLapse mode that creatively shows the passage of time in four different ways: Circle (drone flies in a circular pattern), Course Lock (camera remains fixed on subject while drone flies in straight line), Waypoint (plan a flight path using GPS and altitudes), and a Free mode (drone is flown manually while shots are taken).