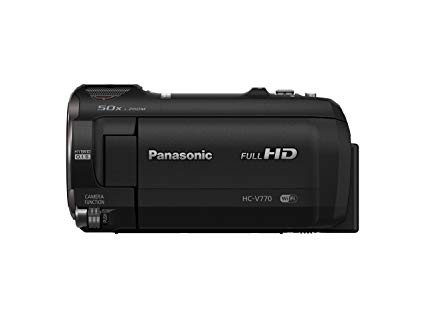 These days you hear about 4K cameras A LOT. Although the Panasonic HC-V770 was released not so long ago, only offering HD recording may seem a bit dated. Despite its obvious limitations, the camcorder does bring some great features to the table.

We now live in a world where marketing 4K products is the norm, but the HC-V770 is not a complete dinosaur. For starters, it supports several WiFi capabilities, including remote control. And since image quality is the main attraction of products like these, the HC-V770 delivers impressive colors and detail.

Above all, the Panasonic HC-V770 is budget-friendly. This is a great option if you’re not that interested in jumping into the higher resolution club just yet.

The HC-V770 is similar to the HC-W850 released by Panasonic in 2014. It carries the same look but lacks the secondary camera of that model, a feature that is also in the newer HC-WX970. The omission of that feature for this model isn’t a total loss since it’s not really that necessary for shooting video. Besides, the absence of a secondary camera has helped keep the cost of this camcorder down.

Like many models in recent years, this one also features a touchscreen LCD for a majority of its functions. It also has s separate function dial located near the lens for quick access to manual settings.

The HC-V770 doesn’t have an accessory shoe but there is a slot located in the rear for an adapter, which is included in the package. You can just slide the adapter right into the slot whenever you want to use an accessory.

The HC-V770 can record 5.1 surround sound thanks to a multi-microphone array located at the front. There’s also an option to use an external microphone by mounting it on the accessory shoe and using the stereo mini-jack found under the LCD panel. You can also use the other mini-jack by the lens to connect headphones so you can monitor audio quality and levels.

As mentioned earlier, the HC-V770 bears much resemblance with the HC-W850 and that includes some of its internal components. For instance, this model still carries the same 1/2.3-inch back-illuminated CMOS sensor with 12.76 megapixels. It uses 6.03 megapixels for video and photos and uses the rest for Intelligent Zoom, which brings up the optical zoom from 20x to 50x, and Hybrid Optical Image Stabilization (OIS).

With Hybrid OIS, the camera can compensate of movement made horizontally, vertically, and in rotation. It’s pretty effective and it’s nice of Panasonic to include such a feature for this model. 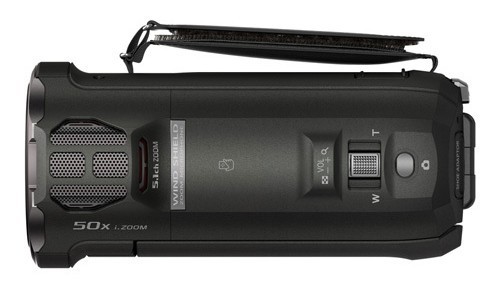 There might be some complaints about how the HC-V770 doesn’t offer 4K recording but 1080p Full HD isn’t such a shame. Sure, it may now be labeled as “old” and “ancient” but it’s still pretty good. The HC-V770, in particular, can record a maximum of 1080p at 50fps which allows AVCHD recordings at 28Mbps and MP4 recordings at 50Mbps. You can also record MP4 videos at 720p at 25fps. It’s also possible to record Full HD slow-motion video at 100fps.

The HC-V770 also has this feature called Wireless Twin Camera. Basically, it allows you to connect the camcorder to your smartphone. Video from the latter device is streamed into HC-V770 to achieve picture-in-picture. 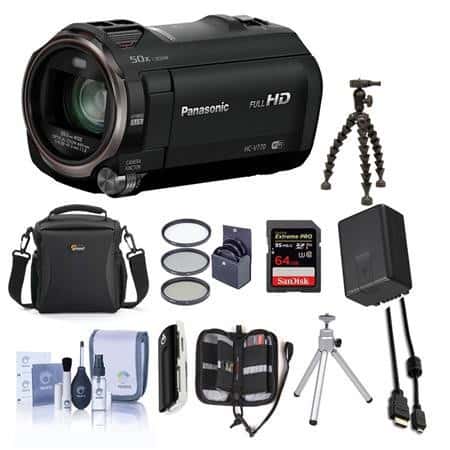 The Panasonic HC-V770 is a decent camera. The image quality is impressive and the 1080p resolution isn’t a total deal breaker. It even supports a range of WiFi capabilities, which is always appreciated.

However, it can’t be denied that the HC-V770 does have certain limitations. For one, it doesn’t have a lens ring, which is really useful for achieving focus. Instead, the camcorder relies on manual settings to get the job done. It’s a bit of an inconvenience and that might hurt its chances with potential buyers.

Of course, one of the major complaints against this model is the absence of 4K shooting capabilities. Then again, there are Panasonic camcorders, such as the HC-VX870 and HC-WX970 that offer 4K. The bottom line is that 1080p isn’t a bad resolution for shooting videos, and it’s even the preferable choice in case you don’t want to switch to 4K just yet.

It’s also hard not to like the HC-V770 when it only retails for less than $500. Other cameras cost so much more than that. And the features it offers aren’t too shabby at all. 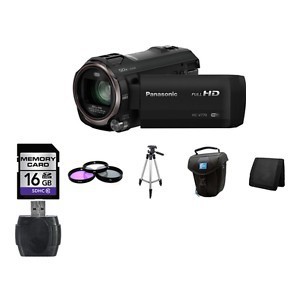 Overall, the Panasonic HC-V770 is a decent choice. It has excellent image quality and it’s not too pricey. If you’re not that into 4K recording right now, take this camcorder into consideration.

Thanks to Legacy Studio