Sony introduced a new addition to their flagship G Master Series line, the 100mm F2.8 STF GM OSS mid-telephoto prime lens designed to bring “breathtaking bokeh.” The lens was specifically designed for this purpose all while still maintaining the high standard resolution that has been associated with the G Master Series of lenses. This lens provides fashion, nature, portrait and wedding photographers with a powerful tool for capturing more creative images.

The level of bokeh quality achieved by the lens is attributed to the advanced optical structure of the lens which features an eleven-bladed aperture. In addition, the lens also features an optical apodization lens element which functions similar to a neutral density filter in that it creates gorgeous transitions between areas that are in-focus and out-of-focus. As a result, the images produced feature bokeh that is super soft and smooth. This also allows a subject to really stand out of the defocused parts of the foreground and background. Vignetting is a worry among photographers but Sony promises that that would be kept to “an absolute minimum” with this lens.

Sony’s new 100mm lens also supports contrast AF and focal-plane phase detection AF. The lens also promises to bring AF performance that is not only fast but accurate as well thanks to a high-precision, quiet direct drive Super Sonic Motor (SSM) system. This lens is also capable of 0.25x close-up capabilities and features a built-in macro switching ring. The lens also features a built-in Optical SteadyShot image stabilization, an AF/MF switch, aperture ring and a focus hold button that is customizable. The newest member of the G Master Series is also resistant to dust and moisture. 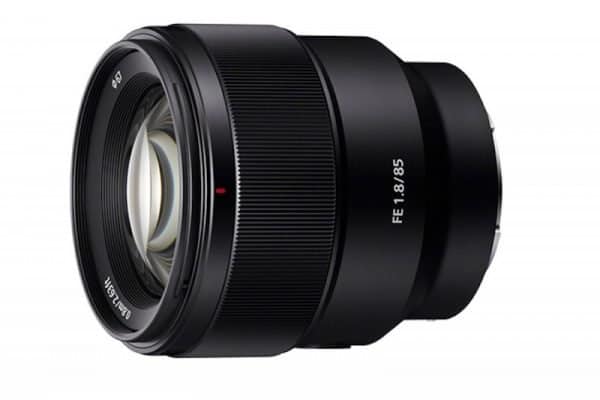 The new 85mm F1.8 lens is a compact, versatile and lightweight addition to Sony’s line of FE lenses. This lens is marketed for those who are new to full-frame photography and are looking for equipment that provides quality but also doesn’t break the bank.

With an F1.8 aperture, this lens is capable of producing really sharp images with stunningly soft backgrounds. The extremely smooth bokeh is achieved thanks to a nine-bladed aperture mechanism. Also helping along is a double linear motor system that allows for focusing that is fast, quiet and precise.

Sony’s new 85mm F1.8 lens also features a customizable focus hold button which can be assigned with functions in the camera body like the Eye AF feature. The lens also has a responsive focus ring and an AF/MF lens. Just like the 100mm lens, this one is also dust and moisture resistant.