Last November 9, Sony announced in its official blog site that it is expanding its FS series camera with the new FS7  camcorder. According to the report, the new model builds on the strengths of the original FS7, delivering advanced features designed for documentary and indie production with the addition of Electronic Variable ND Filter system, lever lock type E-Mount and refined mechanical design. 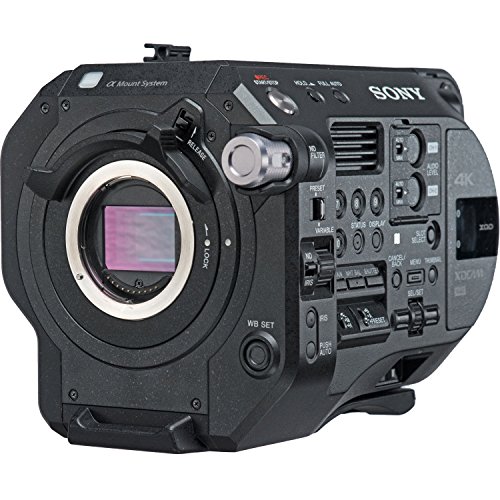 Since its introduction in 2014, Sony’s FS7 has become the most popular camera used in a range of video productions, and it looks like it will continue to be so with the arrival of its “upgraded” version. Yes, you read that right, a day of tinkering with the new device will make it quite clear that it is more of an “update” rather than an entirely new camera. So, what else is new with the FS7 II? Let us take a look at its design and features.

The company first introduced the Electronic Variable ND Filter technology on their X camera series in 2015 but the feature was even more emphasized in the FS5. This time in the FS7 II, the filter is upgraded to a layer of LCDs placed between the sensor and the lens-mount. Its strength can be assigned to presets or dialed using the ‘variable’ wheel located on the side of the camera. This design allows you to easily change the amount of light hitting the sensor during a scene while maintaining the aesthetics of your shots. 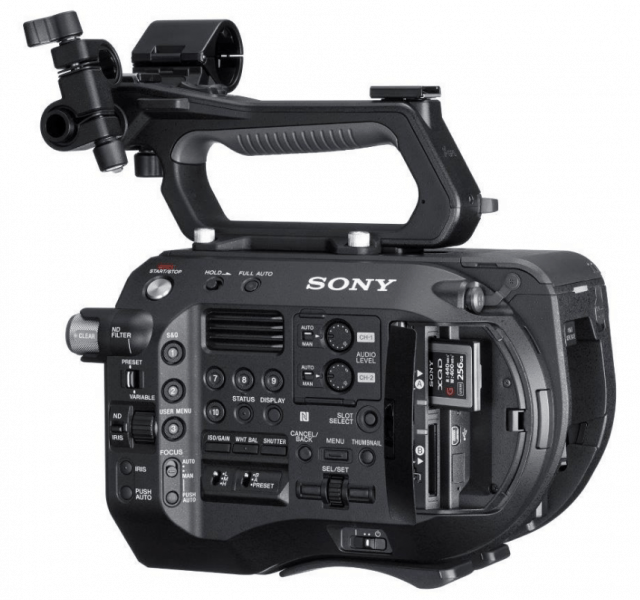 The E-Mount has become widely popular among lens manufacturers that almost all of them produce lens for this kind of mount already, and for good reasons – the E-Mount’s sensor is distanced perfectly in that it makes it possible to use a variety of third party lenses using adapters. But the lens mount is not without its shortcomings. Since it was particularly designed for still photography lenses, it lacks stability and does not have a rotation-less locking mechanism.

Sony solves both issues in the upgraded FS7 by introducing the E-Mount Lever Lock. The upgraded lens mount is designed with a locking mechanism very similar to the PL mount system in cinema productions. It allows you to set the lens in place by just turning the collar instead of twisting the lens. It is ideal for large camera setups and when the camera is on a tripod.

What else is new to the FS7 II?

The ND filter and lever lock type E-Mount are so far the only biggest new additions to the FS7 II, but some improved mechanical design are also worth mentioning. One of which is a power LED next to the on/off switch, allowing you to check if the camera is turned on. Another is the 10 assignable user buttons; the previous version only has 6. Also, the XQD cards which used to be hard to grab now stick out at 4.3mm more, allowing you remove and replace them more easily.

Of course, we should not forget to mention the big improvements to the big viewfinder loupe: the FS7 II now only has one flimsy loupe attachment and is added with a foldable sunhood as a replacement for the loupe when the LCD is used under sunlight. In addition, the round rod supporting the LDD is replaced with a square one to avoid tilting of the LCD. 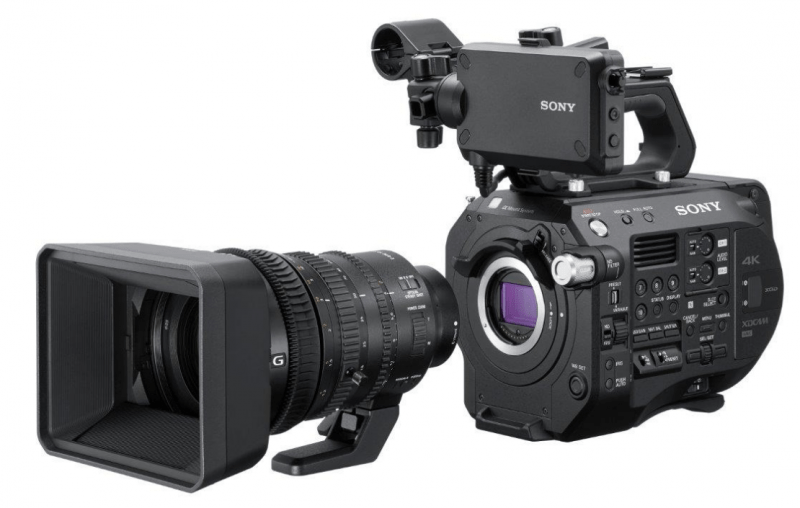 The upgraded E-Mount Lever Lock definitely brings lots of stability, especially for cinema productions and large camera set-up. However, having to twist the lens mount while pressing the lock release could pose an issue to single-operator, hand-held shooters.

Also, while the square rod supporting the LCD helps avoid tilting, the rod is still too short for proper shoulder work when using a big loupe.

What's new on the Sony FS7 II ? The quick guide to what you need to know

Now, here comes the most important part, should you get Sony FS7 II? The device will be priced $1,500 higher than FS7 Mark 1, selling at a steep price of $10,000 considering its lack of major innovation and improvements. But if you think that E-Mount Lever Lock would be very useful for you, then it would be worth it. Also, another reason you should go for it is the new Sony E PZ 18-110mm f/4 optional kit lens which will save you lots of money when bought in a bundle with the camera.

Sony has announced a new professional camera, the PSW-FS7 Compact XDCAM Camcorder, which is built with continuous Super Slow Motion capabilities. Not only that, the camera is designed with α Mount lens system that is compatible with a varied array of E-Mount and A-Mount lenses.

The Sony PSW-FS7 is capable of recording 4K and 1080p slow-motion footage internally into XQD memory cards. This camera fits right above the NEX-FS700 in Sony’s list of professional large-sensor camcorders. Both cameras have the same E-Mount system, which makes them both capable of supporting various lenses. The body of the PSW-FS7 is designed to more ergonomic, as well as expandable.

Sony responded to trends in the industry by making this camera come with internal 4K XAVC recording to dual XQD memory cards. The new XQD G series cards were used by Sony for their ability to handle 600 Mbps data rates required for 60p 4K video. In addition, the cards are also more compact than SxS cards.

Features Ergonomic design – The PSW-FS7 is lightweight and has low power consumption. Having these features makes the camera a good choice for a one-man operation. That said, it also makes for a much more lower investment cost.

The camera also provides great sensitivity of ISO 2000 and it has a dynamic range of 14 stops.

Super Slow Motion continuous recordings – PSW-FS7 can record continuously in full HD image with a frame set of up to 180 fps on internal XQD media.

Images up to 240fp in 2K can be captured when using an external RAW recorder.

α Mount lens system – Having this kind of system allows for the use of a wide variety of E-Mount and A-Mount lenses. With this in place, the SELP28135G 35mm full-frame powered zoom lens can be used.

In addition, the use of A-mount lenses require the LA-EA4 lens adaptor

It’s also important to note that the recording of Cinema 4K (4096 x 2160) will be available through firmware update in early 2015.

The expected availability of the PXW-FS7 is in mid-October of this year and it will be available as either a body-only camera or packaged with the new E-Mount 28-135,, f/4 servo zoom lens.