Intel purchased its rival chipmaker Altera and the latter was rewarded when its stocks soared following the announcement. GoPro’s stocks spiked as well after it unveiled its latest video camera. Following in the same vein, Microsoft stock also increased after the company issued a launch date for their Windows 10 operating system. Cisco, on the other hand, wasn’t so lucky as their stock fell after announcing that their executive suite is changing.

As part of the deal, Intel is purchasing Altera for $54 a share, which is a 10.5% premium over its close on the Friday ending the week of June 1. The value is nine times the forward looking revenue of Altera. According to an analyst from Stifel, Nicolaus & Co., that value is a very high price to pay. The analyst added, “The last one I remember that was close was Broadcom buying NetLogic at eight times forward revenue and that didn’t turn out very well fro Broadcom.”

The goal in purchasing Altera is to see both them and Intel develop chips for the data center market, which is a segment that is currently booming thanks to the increasing demand for storage needed for information, images and video. Both companies stated that their goal will increase their presence in the market called the Internet of Things, which is where multiple devices are all connected and work together through the internet. 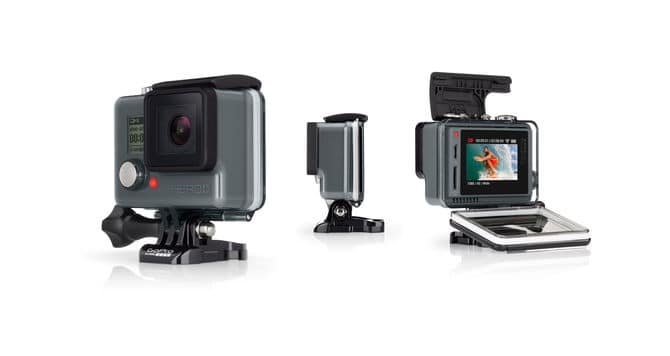 On the other hand, GoPro also saw their value rise at the end of the session to $58.52, a 5.5% increase. The high-end video camera maker saw their value soar after they announced their latest model, the $299 Hero+LCD which is $100 less than their Hero4 Silver model.

Nick Woodman, GoPro CEO, said “Hero+LCD illustrates that even as we push the limits of life capture with bleeding-edge devices like the HERO4 Black, we’re also focused on delivering accessible, high-quality capture solutions to anyone wanting to GoPro.”

For Microsoft, the announcement of the release date of their Windows 10 operating system saw their stock soar to $47.23 at the close, a 0.79% rise. The company expects to release their latest OS on July 29. It also happens to be their first large update in three years.

Cisco Systems wasn’t having the best of days as it saw its stock plummet to $29.18, a 0.44% decline. Apparently, the company’s announcement to streamline their upper management team and eliminate the role of co-presidents did nothing to inspire confidence in investors. Gary Moore, co-president and chief operating officer and Rob Lloyd, co-president of development and sales, will be leaving the company on July 25 as part of the re-organization. In addition, chief technology officer Padmasree Warrior is also set to leave but no departure date has been set.