While GoPro is the go-to tiny camera for action enthusiasts, Blackmagic aims to lure professionals to use their cinema camera. With the Micro Cinema Camera, Blackmagic has created the world’s smallest digital film camera design specifically for action camera shots. According to the official page dedicated to the camera on Blackmagic’s site, it’s a “professional quality digital film camera that’s perfect for use on quadcopters, as a crash cam, or even hidden on set fr reality TV.”

Basically, the Micro Cinema Camera can be mounted anywhere: on a skateboard, on a hang glider for extreme sports shots, on a drone to record panoramic fly overs or worn on a helmet for point-of-view shots. 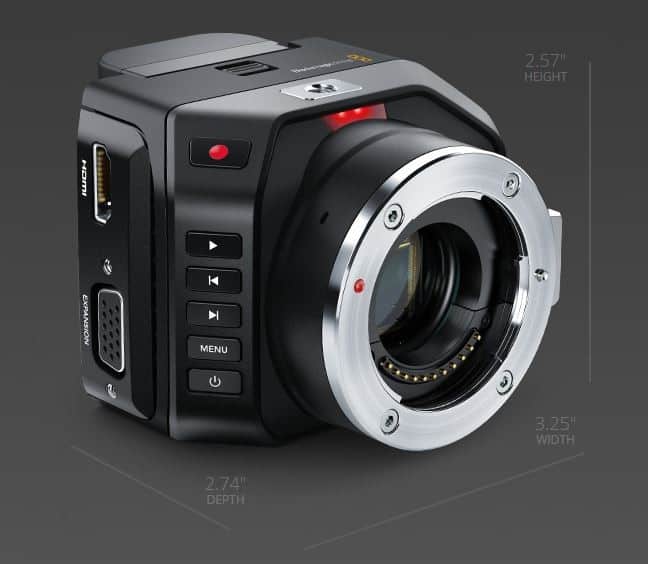 That said, what exactly does Blackmagic’s tiny camera have going for it? For one, it has a Micro Four Thirds (MFT) interchangeable lens mount. It features a Super 16 sensor, can shoot Full HD 1080p video using CinemaDNG RAW or Apple ProRes compression and it has the customary set of frame rate options (24, 30 and 60 frames per second) of Blackmagic.

With those specs on hand, there’s no question that the Micro Cinema Camera is one impressive device. However, it does come with quite the steep price tag: $995. The equally impressive GoPro Hero4 costs much less than that. And given the jaw-dropping price, you could say that Blackmagic’s tiny camera would be more suited for professionals. Or, it’s for the enthusiast who wouldn’t mind investing in a tiny professional cinema camera.

Getting the Micro Cinema Camera is truly an investment. After paying a hefty sum of money to get it, you have to spend a whole lot more for lenses, controls, mounts and accessories. Because essentially, the camera without a lens is just a box. A very light one at that – weighing in at 10.65 ounces without a battery pack.

Then again, the GoPro Hero 4 is much lighter, and that camera has a waterproof case. Basically, Blackmagic’s cinema camera is much heftier but not without reason: it is made with a strong magnesium shell and an active Micro Four Thirds lens mount. In other words, the two features the GoPro doesn’t have.

Blackmagic’s Micro Cinema Camera can be used with any MFT lens as well as lenses from other mounts (with the right adapter of course). The trouble with this is that drones can only carry a certain amount of weight (if the camera is to be mounted on a drone that is), but then again, there are several other light MFT lenses available as well.

The micro cinema camera can be mounted on any device that has a standard tripod screw or plate thanks to the three tripod mounts located on its base and on the top. Canon-compatible LP-E6 batteries work with the battery slot on this camera and are relatively easy to find online. Plus, the batteries provide about 90 minutes of recording time.

While all these features are truly outstanding, the tiny camera from Blackmagic does have a couple of shortfalls. One, it doesn’t have any LCD display. The lack of that feature might send users away from it given that it’s nice to see what you’re shooting. However, connecting the camera to an external device through HDMI or the expansion port temporarily solves the issue.

Another problem with the Micro Cinema Camera is it doesn’t have built-in WiFi which is a bummer for those who are used to the smartphone-monitoring capabilities present in a GoPro or any other action camera in the market. 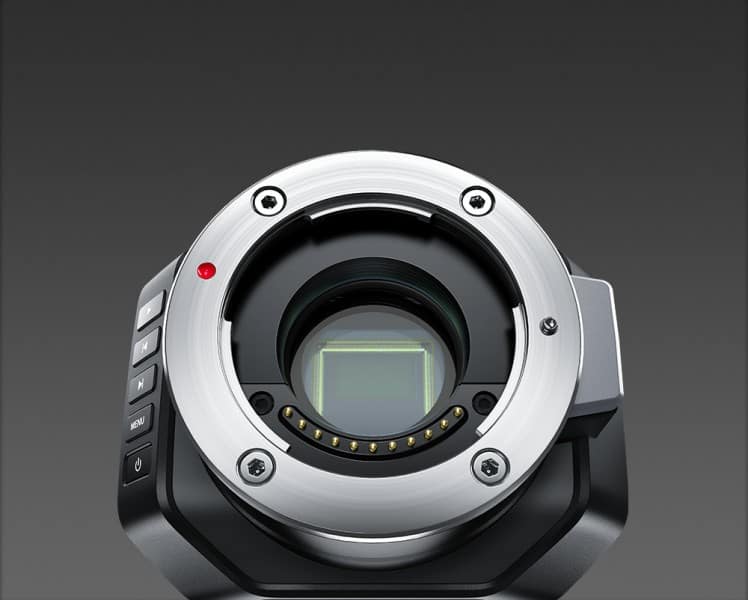 The connectivity features are also another sting in an otherwise cool device. Blackmagic designed the camera with an expansion port based on a standard DB-HD15 pin connector. Each pin controls a different signal – power, video output, remote operation and so on. This is well and good because you can connect various cables. However, trouble comes when you can’t find a cable to meet your needs. The only solution for you then is to build and solder your own. That doesn’t sound like a particularly fun idea, doesn’t it?

Blackmagic also adds two rather advanced remote control systems: a PWM Analog Servo and Futaba S.Bus Digital Servo. The former allows you to map the camera’s controls to a model airplane controller, and from there, you can operate the camera remotely (but you can only map four camera controls). The latter is more advanced as it’s an 18-channel digital control system.

In an age where consumers prefer their devices to be ready to use once they get it out of the box, the amount of tinkering needed by Blackmagic’s Micro Cinema Camera can be frustrating. The ease of use of consumer action cams in the market clearly trumps this one despite its many superb features.