Many users of sports action cameras consider Haip’s own version as a competition for the GoPro Hero4. This Haip Waterproof WiFi Ultra-HD 4K Action Sports Camera review will show you why.

It is the least expensive sports action camera that records in 4K Ultra HD. It is one of the first of its kind, in terms of resolution. But what really sets it apart, is that ultra HD recording would not require a power computer and an editing software to get the best video on camera. With a 170-degree front lens, all action can be caught on film. 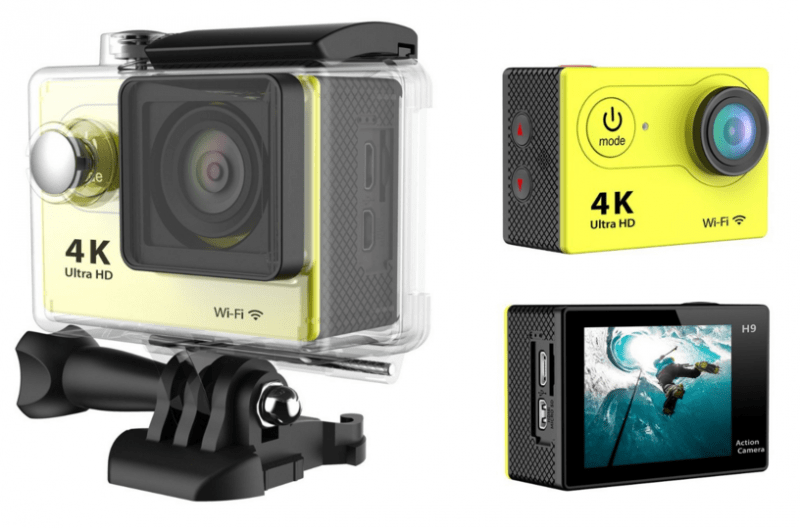 Bright and light is how one of the Haip Waterproof WiFi Ultra-HD 4K Action Sports Camera reviews described this device. While other devices stick with black or gray colors, this camera is available in bright colors of yellow, pink, blue, gold and silver. It is small and lightweight in terms of size and build, weighing just only 65 gm even with the battery in place. This makes a huge difference when it is mounted on a helmet. Filming would not feel like you’re carrying a substantial weight on your head. It has a waterproof casing that lets you film up to 30 meters deep, so action is not limited on land.

The 2-inch LCD screen lets you watch what you are filming at the moment or during playback. Other features that the camera has include Wi-Fi remote control function, self-timer, exposure adjust, date stamp, burst photo, HDMI TV out, built-in microphone and speaker, and several connectivity options. 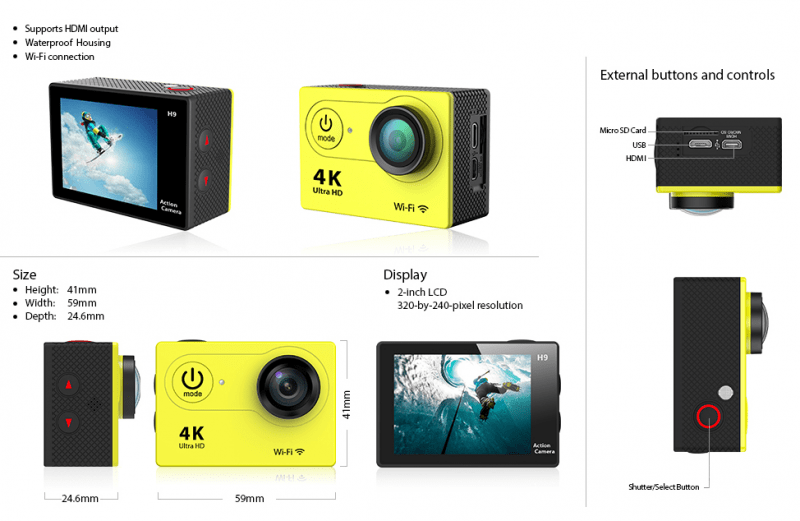 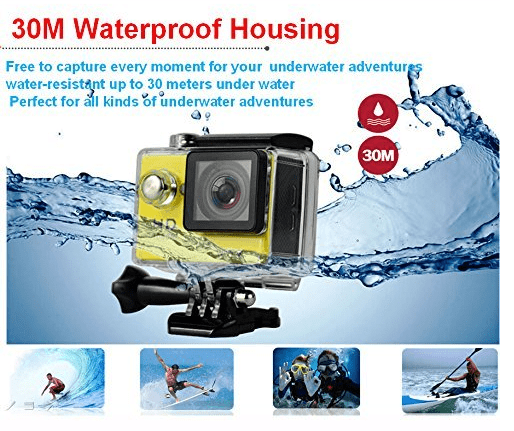 The issue with 10fps recording should have been placed at the start of Haip Waterproof WiFi Ultra-HD 4K Action Sports Camera review, but you could have missed a lot of other great features on the camera. Besides, the device has 1080p-capability at 60fps limit. That is not so bad, right?