The Digital Bolex video camera brings users back to the early days of independent cinema when small and simple-to-use film cameras were used to break the rules of filmmaking. With a Super16-sized CCD sensor, the camera is full featured yet simple to use. It was designed to demystify the craft of digital filmmaking. The camera takes inspiration from the Bolex film camera and incorporates two 3-pin XLR audio inputs with phantom power for recording audio.

Users can choose from a wide range of classic and modern C-mount lenses as the Digital Bolex utilizes a C-mount. The camera comes in two versions: color and monochrome. The monochrome version removes the color filter and provides 13 stops of dynamic range whereas the color version only provides 12 stops. In addition, the monochrome version allows the production of true black and white cinematography while using optional color filters to control contrast and affect the image rather than create a faux black-and-white image by desaturating in post. 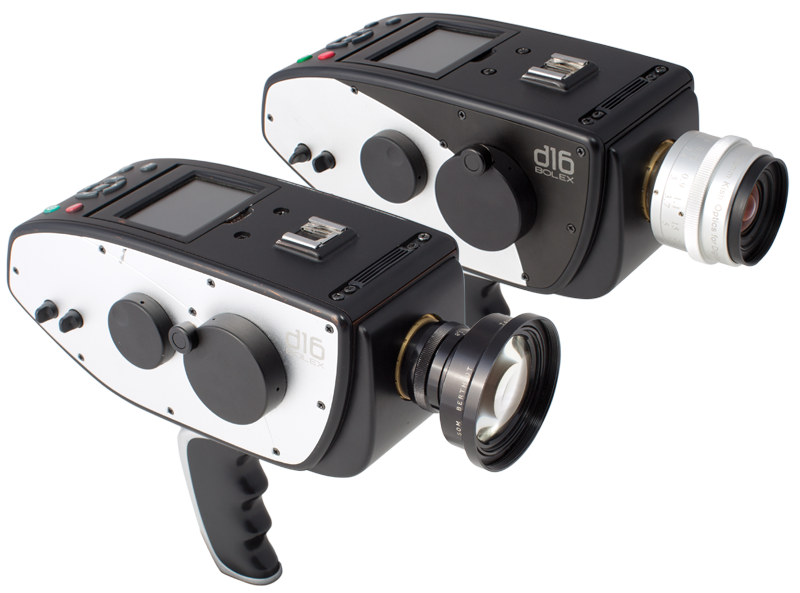 The Digital Bolex records in 12-bit Adobe cinema DNG files which provides users more control and post-production adjustment of footage compared to standard video files. The recording is sent to an internal 512GB or 1TB drive, but the camera also has two slots for CF cards for recording onto media cards.

Around three to four hours of use is provided by the internal battery, but the camera can also be powered from an external 12-volt battery through a 4-pin XLR connector.

The weight required for removable or user replaceable SSDs and batteries is reduced through built-in, non-replaceable SSD battery. At the same time, this feature also improves the overall robustness of the camera.

Users can view their footage while shooting through the built-in view screen aids in menu navigation.

The Digital Bolex camera is an ideal device for those who like the quality that a the legendary Bolex camera bring but combined with the best that digital technology has to bring as well. With this camera, captures images feature such stunning accuracy and gives footage an organic look.