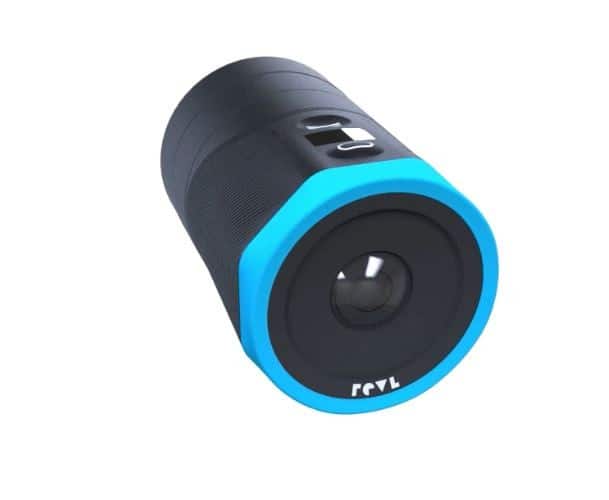 While the wearable and mountable camera market is currently being dominated by GoPro, there are several other companies that are developing cameras that offer designs and features that are not found in GoPros. A perfect example of these manufacturers is Revl, which has developed Arc—the first stabilized 4K smart action camera to hit the market. With this cam, you will be able to shoot, edit and share instantly.

The Revl Arc solves several issues facing action-cam users, including two of the biggest: editing and stabilization. This 4K-resolution action camera uses a hybrid stabilization technology that combines motorized horizontal and electronic image stabilization systems, with a motor that is fed with data from a built-in gyroscope, keeping the camera right-side up and level no matter how it is mounted and how you move. The technology helps with vibration and shake, which cannot be smoothened out by the motorized stabilization alone.

The camera offers 4k capabilities at 30fps, 720p at 240fps and 1080p at 120fps. It identifies your best moments by using a deep neural network that is capable of learning highlights over time. It can also capture time lapses, as well as 12MP stills and photo bursts. It stores telemetry in video files.

When connected to external sensors like GPS and heart rate monitors, the Arc can capture live data, such as rotation, speed, acceleration and G-force, which can be previewed from the developer’s iOS app and Apple Watch. The camera also has Bluetooth that can connect to onboard diagnostic modules for cars, where you can overlay data from the sensors on video for other people to see your performance. It also uses this information for highlight tagging, which automatically cuts together the most exciting moments in your activities and instantly creates edited videos for sharing to all your favorite social networks. With the Revl app, you can track your progress over time or compare stats with your friends and other thrill seekers. Its Wi-Fi range is roughly 30 feet.

Moreover, the Revl Arc comes with an array of mounts, including the kite strut and line mounts, bar mount, selfie stick and stickie mounts. You can also mount it to any existing .25 inch mounts and existing GoPro mounts.

The Revl Arc action cam does not rely on expensive accessories, and with its hybrid stabilization technology, it can keep the view level to the horizon. It also eliminates the hassle out of editing, which is a common issue with other action cams, and automatically identifies your most exciting moments with its sensory AI.

As the Revl Arc is still not released for shipping to customers, any details of its downsides are yet to be found out. As of now, action camera fans are just waiting to try this camera out and see what it can actually do.

According to the developers, many of the components of the Revl Arc are similar to those in the GoPro Hero4 Black, including the Ambarella A9SE processor, Sony image sensor and low-distortion lens. Considering its features, this camera does seem to look promising.