Kickstarter is the place to go for people who want to see their ideas turned into reality by getting the financial support needed from people who are willing to give away their many. It has seen many success stories over the years, including the funding of a Veronica Mars (a teen detective series that aired on UPN and The CW) movie, which didn’t do very well but that’s not the point. Another idea that is gaining a lot of attention on the crowdfunding platform is BIKI, a bionic underwater drone.

Yes, while drone manufacturers are busy outdoing each other for the best unmanned vehicle in the sky, little attention has been paid to the wonders of life underneath the sea. One of the few hoping to interest underwater enthusiasts are the makers of BIKI, an intelligent robot fish designed to provide a different perspective of life down under.

The creator of this aquatic explorer didn’t even skimp when it came to what it can do: the drone is equipped with a 4K camera and it can go as deep as 196 feet. Like aerial drones, BIKI can be operated autonomously. Given the many obstacles found underwater, operating this robot fish without the need of a tether not only gives operators greater freedom, it also avoids issues of underwater entanglements that could take a disastrous turn.

Apart from being able to dive 196 feet under the sea and capturing 4K scenes, the submersible robot can swim 1.1mph up to 90 minutes with just a single charge of the battery. And just like an actual fish, BIKI also features a tail that helps it move through the water.

The underwater droid is controlled pretty much like an aerial drone: with a controller. Users can choose to control the device through a physical controller or opt to use the accompanying app. The bionic robot is also fitted with a GPS which help it return to base in case a loss of connection occurs. 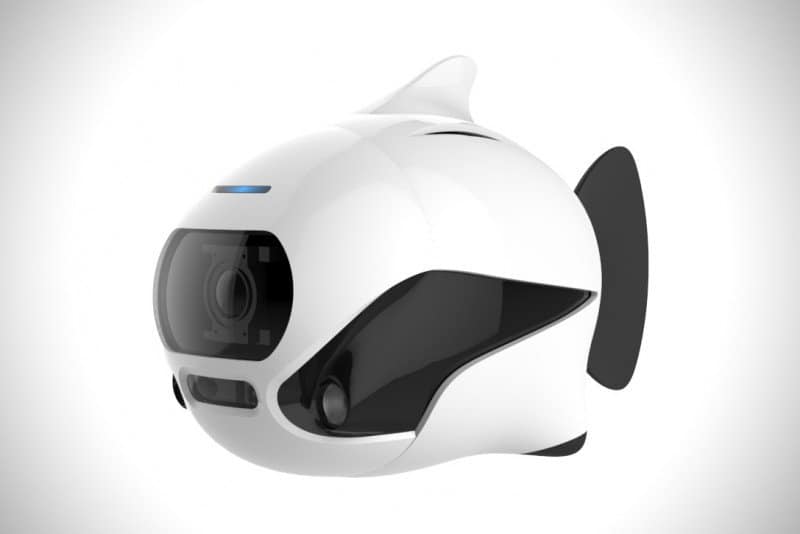 BIKI also allows users to set a route so they can swim alongside the droid. Or, if users don’t want to get wet, they can simply let the droid wander off beneath the surface. In case of the latter, users can use a smartphone or tablet to see what BIKI is seeing.

Just like aerial drones, BIKI is also equipped with obstacle avoidance so it doesn’t barge into whatever it is about to encounter under the sea. However, it may not avoid whatever large sea creatures intend to do with it given it’s quite a small droid.

BIKI can take 150-degree footage and also has built-in stabilization so videos are free from blur. There are sample videos provided on the Kickstarter page which interested parties can check to see just how this underwater robot “sees.”

BIKI was launched by Beijing-based Robosea and they plan to ship their aquatic robot in August 2017. Early backers of the project were able to get the device for a special rate of $549, a value a lot smaller than the retail price of $1,024.