You are here: Home / EP's Latest Camera News & Releases / NASA and RED celebrate first livestream from orbit and the return of camera used in space station

In January 2015, a RED Epic Dragon camera was sent to the International Space Station aboard SpaceX’s Dragon cargo spacecraft. There, the camera was in the service of NASA, capturing science data as well as delivering scenes from space.

Last month, that very camera was returned to its makers in a ceremony that also included a livestream from orbit. NASA space communications manager Dylan Mathis and NASA imagery experts program manager Rodney Grubbs handed over the Epic Dragon back to RED Digital Cinema president Jarred Land before the livestream commenced. The camera spent a total of 437 days in space and was crucial in allowing NASA’s continued quest to understand space.

The Epic Dragon is capable of filming different resolutions, from HDTV to 6K, thereby allowing more detail to be seen. The information provided by the camera was crucial to the work of researchers aboard the space station. When it was launched into space in 2015, Grubbs praised the fact that the camera shot in digital format. Meaning, it can easily send back data back to earth. 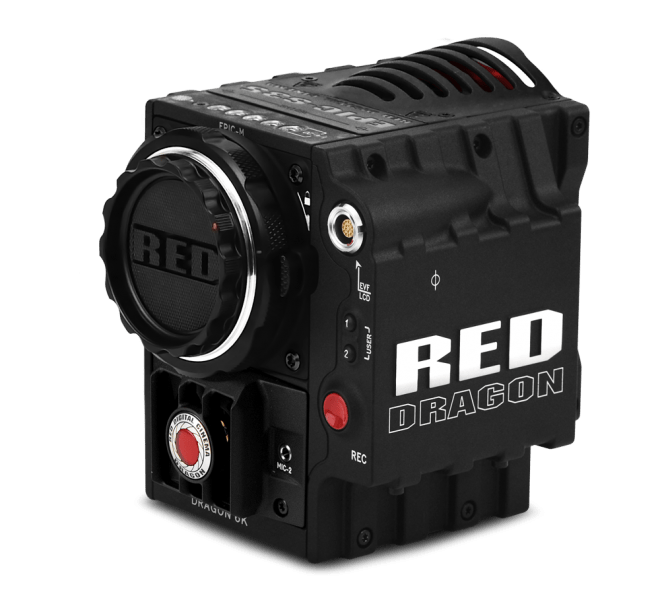 NASA used the Epic Dragon for different purposes during its duration at the space station. It wasn’t only used to capture views of our planet but was also used to film crew members manipulating floating balls of water. A clip of that activity was sent back down to earth and was posted on YouTube. During the turnover ceremony, a similar thing was performed by flight engineer Jack Fischer and Expedition 51 commander Peggy Whitson but this time it was done live.

According to Fischer, camera technology provided by RED allows them to capture their experiments in better detail. The camera is capable of very slow motion capture which is essential in filming effects that are important yet short-lived.

The handover ceremony and the live broadcast were part of an event called Reaching for the Stars: Connecting to the Future with NASA and Hollywood. Apart from Grubbs, other attendees included Tracy Caldwell Dyson, an astronaut, and AWS Elemental vice president of engineering Khawaja Shams. The live stream was produced with the help of AWS Elemental.

Fischer added that the capabilities of today’s technology in providing better ways to view earth from space would hopefully inspire a new generation of explorers.