It didn’t take long for the original RED EPIC camera to became an industry workhorse on its introduction in 2010. The RED EPIC-W carries on that legacy, and this time users have a new sensor option in the form of the GEMINI 5K S35. 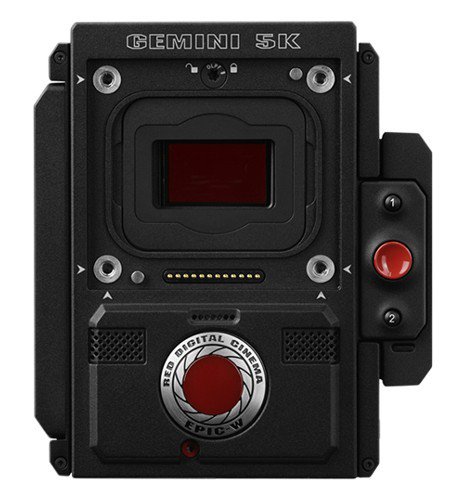 The GEMINI’s biggest selling point is that it really performs well in low-light situations. After all, RED did equip it with their highest sensitivity sensor so far. In addition to being a superior low light performer, the GEMINI can function pretty well in Standard Mode.

Standard Mode is the option to use when shooting in well-lit conditions. And switching between that and Low Light Mode in darker situations is pretty easy: access is done through the on-screen menu.

Users looking for flexibility as well as great performance in low light can turn to the GEMINI 5K S35 sensor to deliver on their needs.

With the GEMINI, users get an increased field of view at 2K and 4K resolutions compared to the HELIUM sensor. It also provides for better anamorphic lens coverage than the HELIUM and RED DRAGON with its 30.72mm x 18mm dimensions.

The building block of the RED system is the camera BRAIN. It contains the image sensor and computing requirements. The EPIC-W BRAIN can write data at speeds of 275 MB/s. It can also record REDCODE RAW and Apple ProRes or Avid DnxHR/HD simultaneously. The EPIC-W is offered in two sensor formats: HELIUM 8K S35 and GEMINI 5K S35.

The HELIUM 8K received high marks since its release. DxOMark even gave it a score of 108, making it the highest scoring full-frame sensor tested. It bested the highest scorer at the time, the Sony A7rII.

Choosing between the two will come down to creative and technical needs. The GEMINI is RED’s highest sensitivity sensor which makes it an asset when shooting in low-light environments. However, the HELIUM is a fine choice if resolution is important.

The RED EPIC-W with GEMINI 5K S35 sensor starts at $24,500 and can be purchased online at the RED store. It is also available in select RED Authorized Dealers worldwide. RED also announced that in the future WEAPON and RED EPIC-W 8K users will be given the option to upgrade to a GEMINI sensor.