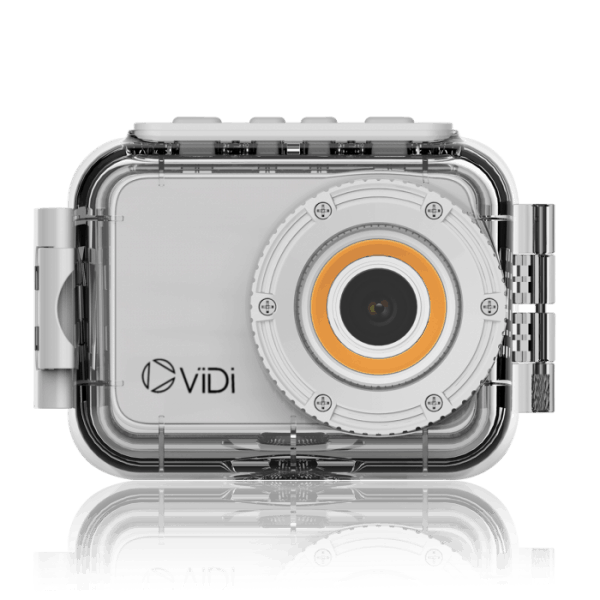 A start-up company is coming out with a product adventurers will find hard to resist. Introducing, “ViDi”, a G3 inexpensive action camera that offers more than its cheap price of less than $100. With the increasing number of game action camera users and the still expensive contemporary action cameras out there, this one will definitely tap the curiosity of consumers.

How did ViDi come about?

ViDi, the Utah-based company which used Kickstarter to fund its project, knows that GoPro is still widely popular among camera enthusiasts but it is also aware that models from GoPro can still be pricey for people who are on a budget. Basically, this product, referred to as “The People’s Camera” aims to build its own niche and target market.

With the little money they have, the team behind ViDi wanted to offer the public a cool action camera that can be easily available for people looking for an affordable camera without putting quality on the line. They opted for a Kickstarter campaign to do away with middlemen. 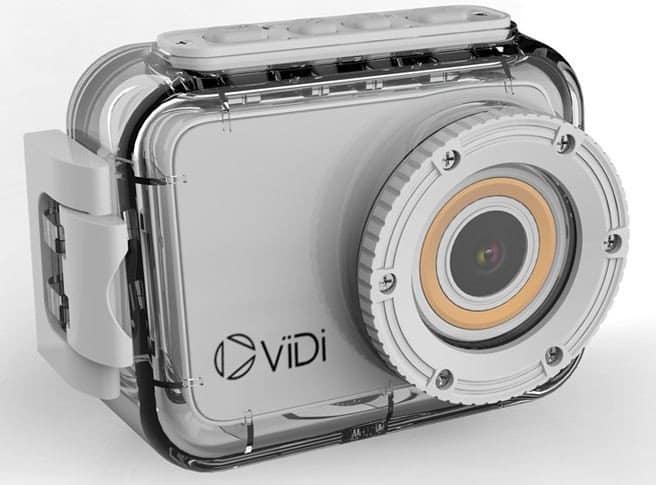 What’s awesome about this gadget, other than its price, are its features, which any individual, even a kid, can learn to operate and enjoy. It can shoot pro-grade videos at 1080p HD at 30 fps just like what more expensive contemporaries do. It also has free trial Shred video editing software. Moreover, operating it is a no-brainer so it is perfect even for people who are not so savvy when it comes to handling gadgets.

Another treat also awaits potential buyers. During an interview with Cult of Mac, company founder, Spencer Taylor said that they designed this affordable action camera with a kit that comes with the box. Unlike other cameras, every ViDi camera to be sold already has a micro SD card as well as rechargeable battery packed in its white, sleek and stylish compact body. It also has a 4x digital zoom lens, a high def CMOs sensor, 140-degree glass fish eye lens.

Its rechargeable 700 MAH lithium battery is already charged so the user can use it right away after opening the box. Battery life can last for 90 minutes. For video shoots, formats are in MP4, DSP and MOV while for photography, the camera has 12 megapixels. It can also hold up to a maximum capacity of 64GB and users can charge the unit directly to a laptop or desktop with its micro USB charger.

Other accessories are also included in the unit such as a selfie stick and underwater housing. Action cameras already in the market do not come with these freebies and are added expenses to consumers. And no less than Brazilian soccer player Ronaldinho, aviator Erin Davis and professional stunt rider Ian Gaines are just some of the appointed ambassadors for ViDi.

The ViDi LCD: The Epic Action Camera That's Ready To Go On Arrival

More on the ViDi Action Camera

Aside from GoPro, other manufacturers also have these types of products in the market but not as affordable as the one from ViDi. With still more than a month to go, the company has already met its goal of $25,000 with its campaign at Kickstarter.

For now, interested individuals who want to own this people action camera can get it from Kickstarter for $89 a pop. When it comes out in the market soon, the tag price will already be $99, but still much lesser than other action cameras being sold.

As for the concern of aspiring ViDi action camera owners that campaigns such as this do not exist without irregularities which might result to delay in availability of the product, the manufacturers already have this covered. As early as now, they already made sure they have enough units ready for distribution come launch date.

Does the touch screen works underwater?