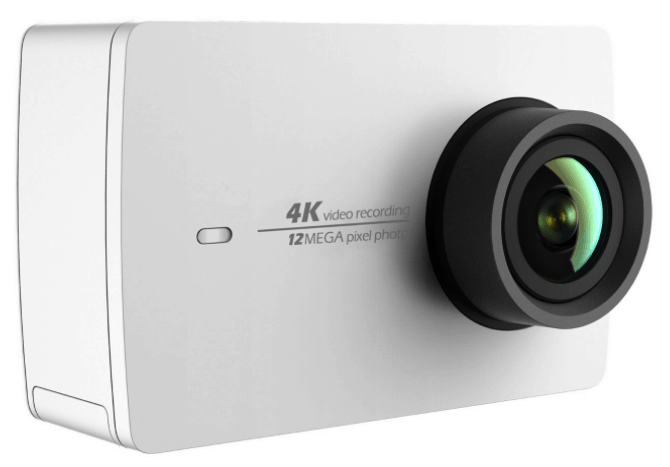 When it comes to action cameras, there is only one brand most people know about – GoPro. But because it is not wallet-friendly, not everyone can afford it. Well, good news to those looking for an inexpensive alternative, because the YI 4K Action Camera White Pearl has reached US soil.

Now, don’t think that its features and performance fall short because it is affordable. This device has been considered at par with GoPro Hero 4, with some aspects beating the competition. Given its price point, you know you are getting a great deal from the YI 4K Action Camera (US Edition) White Pearl.

The YI 4K action camera is a product of camera producer YI Technology, which is backed by the 5th largest smartphone maker in the world, Xiaomi. With a “pedigree” like this, it shouldn’t come as a surprise that this gadget shares the same level with the best.

It is built with the same chipset used with GoPro Hero 4 action camera, which is the Ambarella A9. It also has the same 12-megapixel Sony sensor, photo and time lapse video functions, and recording resolutions. But that’s where the similarity ends, and where YI 4K starts to showcase its many fascinating and impressive features. 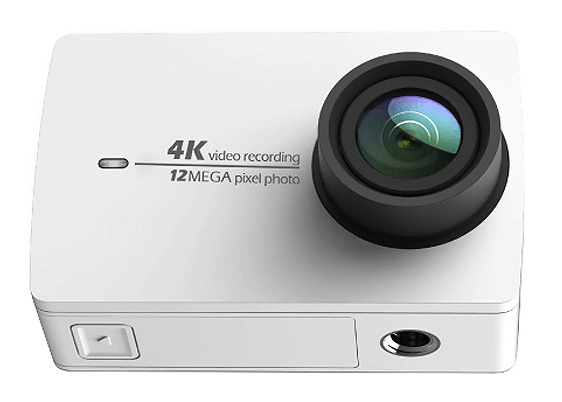 The camera is built with a 2.19-inch Retina rear display, protected with an impact resistant Gorilla Glass. The same glass serves as the LCD touch-screen, for a convenient use and preview of the camera with just a touch of a finger. It boasts of a 640 x 360px resolution with 330 PPI, and recording resolutions in 4k at 30fps, 1920 x 1080px resolution at 120fps, and 1080 x 720px resolution at 240fps. Unlike the Hero 4, you don’t need to purchase a separate LCD BacPac for video playback either.

The YI 4K Action Camera (US Edition) White Pearl also has a built-in 3-axis sensor gyroscope, which is absent from the Hero 4. By now, you’re beginning to see why this gadget is pretty cool. Combined with an electronic image stabilization feature, you can record every action-packed adventure minus the shaking and dizzying movements. You can also capture 12M stills as you go, or capture them from videos using any of the photo and video modes, such as slow motion, time-lapse and burst.

The combination of the Sony image sensor, and the Ambarella A9 chipset makes the 4K action camera more than capable of shooting high quality and bright, detailed image with minimal noise, even under low-light conditions. It consumes less power too.

But even with an above average power consumption,  the YI 4K Action Camera (US Edition) White Pearl can handle it, with its 1,400 mAh battery that allows for a 2-hour straight recording on 4K/30fps. Imagine of the amount of fun, action and excitement you can experience within that span of time.

When it comes to storage, the device has a microSD memory that is expandable up to 128GB. That’s twice as much as what the GoPro can handle. 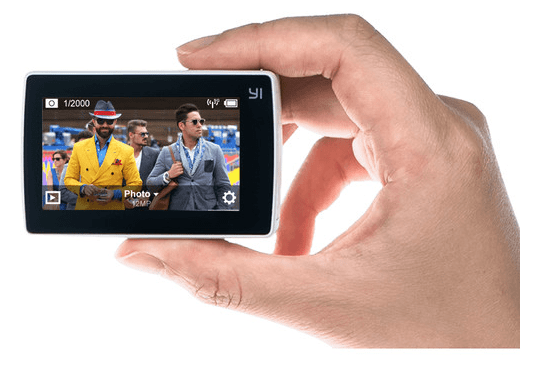 In addition, the device connects seamlessly to the YI Action App Using its built-in Wi-Fi with a speed of 5GHz. This means quick and convenient editing and social media sharing. You can instantly add music and apply filters as well.

What about the White Pearl color? Given its high quality finish, the YI 4K Action Camera is not only functional, but fab as well. You can basically use it as an accessory, instead of placing it in your pocket, where it will fit quite nicely.

With a retail price of less than $300, you are getting more bang for your money with the YI 4K Action Camera (US Edition) White Pearl. After all, it has better features than a Hero 4, which costs almost twice as much. Sure, it has some flaws, but you can’t complain when the best are applied to where it really matters.