FUJIFILM Corporation has announced the release of the new FUJIFILM X-E3 camera on September 28, 2017. It will be the latest addition to the X Series that boasts of mirrorless digital cameras in premium quality and build.

The new equipment is designed for photographers looking to capture high-quality images and upload photos directly and seamlessly to their smartphone or tablet. Built with features and functionalities that allow an easy crossover between cameras and other devices, the new FUJIFILM X-E3 camera could become the latest craze among photographers and creative professionals.

It is the first camera in the X Series that comes with a Bluetooth ® low energy wireless communication for easy pairing between the camera and a mobile device, allowing for easy transfer of pictures.

The camera comes with APS-C 24.3 megapixel X-Trans™* CMOS III sensor, a high-speed image processing engine, the X-Processor Pro, LCD monitor with a static touchscreen panel, and the functional beauty of a mirrorless camera.

Designed for portability and practicality 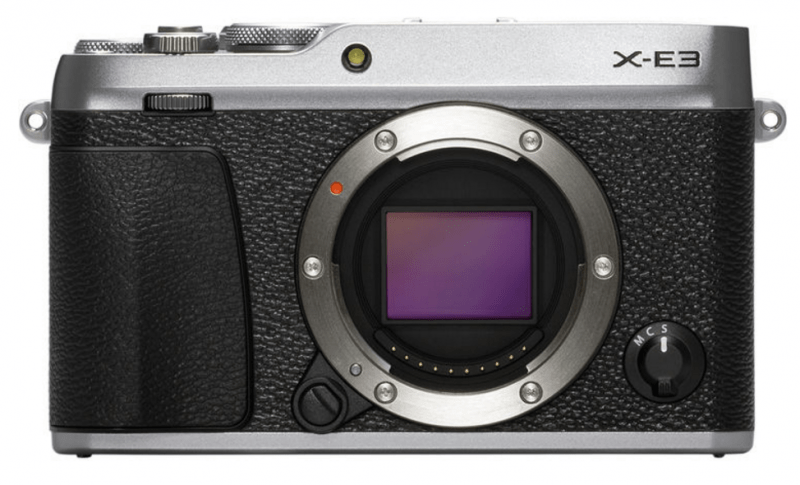 The FUJIFILM X-E3 is a major improvement, design-wise, from its predecessor the FUJIFILM X-E2. Apart from a compact and lightweight camera body, it has well-balanced proportions for everyday use and travel photography.

It also comes with an Auto mode selector lever so photographers can choose and switch to the fully-automatic Advanced SR Auto mode whenever the need to use the optimum settings arise.

The AF algorithm has been upgraded to deliver a 0.06-sec AF speed, while the rest of the camera has been tweaked for 0.4-sec quick start-up time, 5.0fps live-view shooting, a 0.050-sec shutter time lag, and 0.25-sec shooting interval.

Using the Film Simulation modes that the X Series is famous for, the FUJIFILM X-E3 can record in both 4K video and Full HD. An external microphone is added for audio input. Complete with an HDMI port, recorded videos can be extended or played back to an external monitor.

Along with a new line up lenses that range from ultra-wide-angle to super-telephoto, photography is more versatile than ever with the FUJIFILM X-E3. 5 of the 25 FUJINON X-mount lenses are not only high-performance but are also fast aperture prime lenses that bring out the best of image quality.

The new addition to the X Series also comes with an intuitive touchscreen operation that has been upgraded for easier operation and handling.