We’ve seen viral videos of cats seemingly taking “selfies,” but well-known camera brand Nikon has taken this fascination into reality. But this time, their experiment involves man’s best friend. Called Heartography, the experiment by Nikon Asia, consists of a heartbeat monitor, a camera and a special housing that has a shutter trigger that activates when a dog’s rate rises. With this device, Nikon states that any canine can become a “pho-dog-rapher.”

Heartography, Photography Straight From the Heart

Nikon strapped their Heartography camera onto Grizzler, a black-and-white dog, to see what the canine might capture. Some believe that the move by Nikon is merely a publicity stunt for the Nikon Coolpix L31. After all, the design of Heartography is rather bulky and doesn’t seem to be headed for production.

However, the photography experiment does give us a glimpse into what dogs find exciting. Grizzlier took photos of people, upset cats and other dogs.

While the quality of the photos did turn out great, being strapped to Grizzler’s chest meant that images were taken from about the knee level of a person. The photos that got Grizzler were pretty interesting too: he took shot of wild mushrooms and a van carrying canola oil.

The best photos in the collection are those taken of animals. Grizzler was able to perfectly capture the anger of a cat when faced with their mortal enemy. Also, the canine was able to take photos of dogs meeting others of their kind and the curiosity that comes with it. Let’s face it, scenes like these aren’t easily captured by human photographers.

So, what’s in store for the Heartography camera? 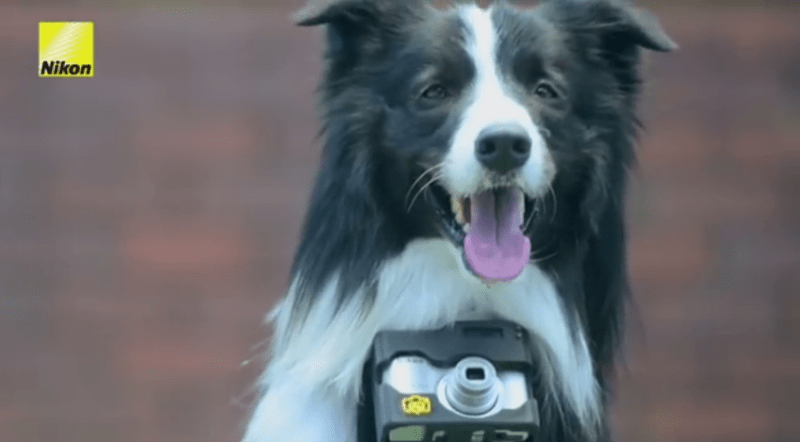 Given that dogs tend to get excited over just anything, it will be interesting to see how much attention Nikon will pay towards storage capacity, if the camera does go into production.

A human variant of this is already available, minus being attached to a heart rate monitor of course. It’s called Narrative and documents everyday life. Then again, no one has decided to strap that one onto a monitor just yet. Just imagine the scenes that will be captured – white lies, sprints towards departing transportations, arguments, etc.

Nikon hasn’t made a statement regarding their plans for the camera. Although it looks like a publicity stunt, there seems to be a market for animal photographers thanks to the number of GoPro-strapped dog videos you see on the internet. But for now, we can all be content with dogs as the stars of videos rather than its directors.