The quest for the smallest and lightest mirrorless full-frame camera has finally come to an end. Earlier this month, SIGMA Corporation announced the launch of its newest innovation, the “SIGMA fp.”

This camera will be the smallest and lightest mirrorless digital camera to grace the market, but it is packed with amazing features that will surely make it a hit to consumers.

Compact at its finest

With dimensions of 113x70x45mm and weighing just 370 grams, the SIGMA fp is definitely one of the most compact cameras out there, especially by current L-mount standards. The camera has a 3.2”, 2.1M-dot touchscreen with a good amount of controls considering that it’s a pretty small device.

Its body is also weather sealed and has USB 3.1, HDMI, microphone and flash sync sockets, and a port where you attach the external mic and remote shutter release.

Features that pack a punch

The SIGMA fp may be the world’s first truly pocketable full frame camera, but it doesn’t fall short in the features department. For starters, it has an ISO range of 100-25600, which is expandable to 6-102400.

While the fp is relatively smaller when compared to other full frame cameras, it was built with materials that can outlast its bigger counterparts. The camera is covered on both front and backsides with die-cast aluminum alloy, which is good for thermal conductivity and super robustness.

Its body also features a signature heat sink structure and it has sealing on 42 points that make it dust and splash proof. This highly sturdy built makes the fp a great shooting camera to use for all types of weather conditions.

Aside from its size, one of the SIGMA fp’s strongest suits is its highly intuitive user interface, which allows you to move between cine shooting and still modes using just one finger. This makes the camera such a useful tool for creating without limitations.

After all, SIGMA designed the fp with the goal of making an “entirely new digital camera that SIGMA can offer to the world right now.” The company also wanted a camera that will allow its user to “shoot whenever you want, wherever you want,” which is why it included an electronic shutter for quiet shooting.

The camera will not create any shutter shock even when you’re shooting at a frame rate of 18 frames/second, making it ideal for shooting in scenarios that you would otherwise hesitate due to the noise that the camera may create because of its shutter sound.

Full creativity with photos and videos 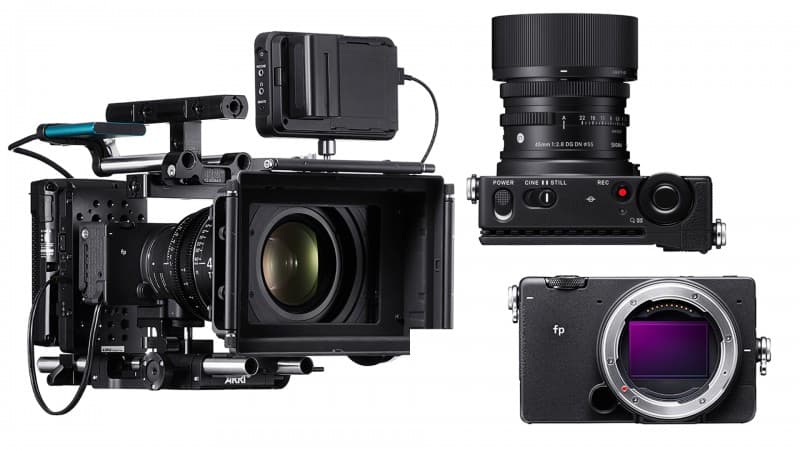 The SIGMA fp is one of only a few cameras out there that allows its users to maximize their creativity in producing photos and videos. Aside from the regular color modes, the fp also has the “teal and orange” mode after the color grading technique used in most Hollywood films.

The SIGMA fp is definitely a league of its own. It may be dubbed as the smallest mirrorless digital camera in the world, but it packs a punch when it comes to features, some of which you won’t even find in bigger cameras on the market today.