Sony has dominated the sensor market for many years. Although several competitors like Fujifilm and Samsung have come up with their own set of sensors, the tech giant continues to dominate the sensor market, and it has no plans of giving up its reign just yet.

The company has recently published the specifications for six new full-frame sensors to be released to third parties including a sensor that uses Sony’s Quad Bayer design and multiple stacked image sensors. Let’s take a closer look at each sensor and what they bring to the table:

One of the most interesting sensors in this collection is the new 15MP Quad Bayer sensor. If you’re not familiar with what a Quad Bayer Structure is, it is a specific pixel layout where every 2x2 pixel array follows the same color filter. This means that the sensor can process the data it receives in multiple ways depending on the conditions.

Simply put, this sensor can either use the full pixel count to produce high-resolution images in bright light or merge data from the four pixels to produce good quality images in low light. This sensor is very similar to the 61MP sensor inside the a7R IV, although Sony is marketing it as just the 15MP sensor.

The spec sheet released by Song suggests that this sensor can be treated to make alternate rows cut off for different exposures or with different amounts of gain for HDR images or it can be read as a series of large pixels. This is basically the same concept with Fujifilm’s Super CCD EXR technology featuring SR and DR modes.

Not much has been said by Sony about this sensor, but it is a 48.97MP sensor with a 45-degree square pixel array. It’s basically a stacked CMOS chip that sounds like an idea that Fujifilm tried to develop using its super CCD technology about twenty years ago.

This sensor uses the Bayer pattern, but rotates it for better diagonal resolution, which is needed for capturing natural subjects.

This 55.16MP backside-illuminated sensor promises up to 21.5 fps in 12-bit mode and up to 13.2fps for still images, all without using a stacked design. Although this is the most conventional sensor of the collection, it hasn’t been seen in any of the cameras in the market today.

Last on the list of Sony’s full-frame sensors from this collection from Sony is the backside-illuminated 24.6MP sensor that’s very similar to what’s in the current Sony A7 III, Nikon Z6, Panasonic Lumix DC-S1 and Sigma fp cameras. It features a 24mpix, 19fps for photography, 40fps in 6k and 100fps in 4k with crop. 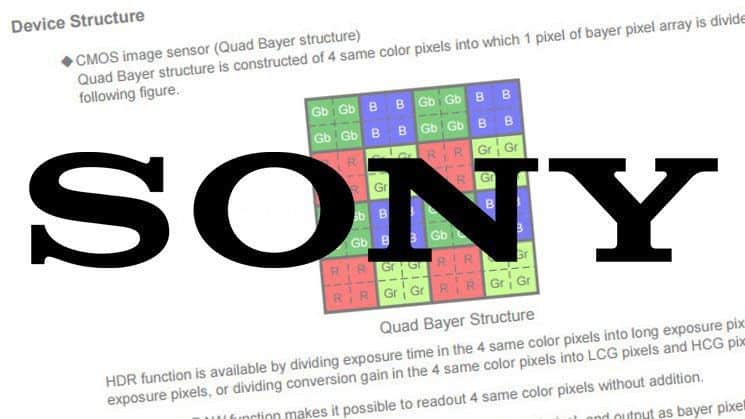 In a continuing race for supremacy in the sensor market, companies have created their own sensors to rival that of Sony. Speculations surfaced earlier this month of an advanced new sensor being produced by Samsung and Fujifilm to challenge Sony’s existing sensors.

Although this remains to just be a rumor amongst the tech community, one thing’s for sure: these six new full-frame sensors are not to be outdone any time soon further cementing Sony’s dominance in such a highly competitive sensor market.