If you’ve heard of the Panasonic Lumix DC-LX100 camera that has a 17MP Four Thirds sensor and support for UHD 4K video, you’ll find the Leica D-Lux 7 quite similar. In fact, they share several features, including a 24-75mm equivalent F1.7-2.8 Leica DC lens. What separates them boils down to aesthetics.

The Leica D-Lux 7 - Compact and powerful

The D-Lux 7 is a compact camera that looks stylish and luxurious. With the holidays coming up, this camera makes a great present for those who like taking snaps but also want the device to be in an attractive package. It wouldn’t hurt to have a visually pleasing camera when documenting daily life.

The camera features several dials to deal with shutter speed and exposure compensation while adjusting aperture is done through a ring. There is also a custom control ring located around the lens, which allows for switching between shooting ratios. Also, another switch is located on the side of the lens and is used for choosing a focusing mode.

Like the LX100, the D-Lux 7 also has a 1.24M-dot touchscreen LCD and a 2.76M-dot equivalent electronic viewfinder.

The D-Lux 7 weighs less than a pound (around 0.89 lb) and has the following dimensions in inches: 4.65 x 2.6 x 2.52. This is just the right size and weight for a daily camera to take along and use for spontaneous snaps and documenting daily life. 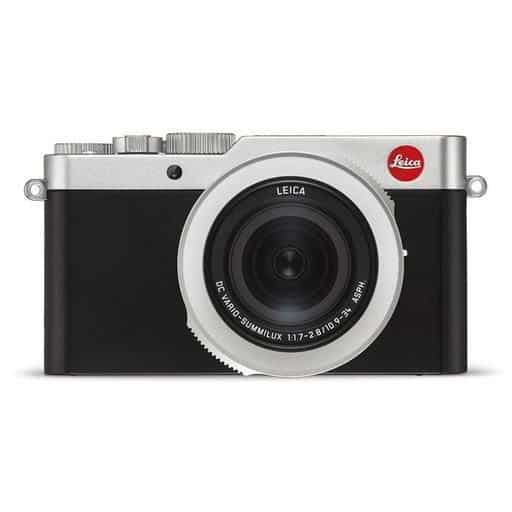 Leica’s new camera is equipped with a 17MP Four Thirds sensor that allows it to maintain the same field of view at different aspect ratios (16:9, 3:2, and 4:3). It can take burst photos up to 7 fps and is also capable of shooting at 5.5 fps when on continuous autofocus, as well as at 11 fps when on AE/AF lock.

Just like the Panasonic LX100, this too can capture UHD 4K video at 30p. It also supports 4K Photo, Post Focus, and Sequence Composition features. In particular, the Post Focus feature allows focus adjustments to be made in post-production using compatible programs.

The D-Lux 7 records footage in the MP4 format, which makes it easier to edit clips and share to popular social networks.

Leica has a FOTOS app that can be used with the D-Lux 7. The app is available for both iOS and Android platforms. Apart from sharing images and remote control, the app can also be used as a live view display.

The camera can also maintain connection with the app for remote control and auto image transfer with the help of a built-in Bluetooth functionality. The D-Lux 7 also features built-in WiFi for added connectivity.

Whether it’s going on trips or just hanging out with friends, sharing about these activities is pretty much the norm these days. Unlike compact cameras of the past, sharing to social platforms has been made easier thanks to connectivity options and apps like those the D-Lux 7 has.

The D-Lux 7 uses Leica’s 1025 mAh BP-DC15 lithium-ion batteries, which can be charged using an outlet, on a computer, or through a USB battery pack.

This camera comes with a CF D Flash Unit. In terms of storage, the D-Lux 7 supports SD/SDHC/SDXC cards. The Leica D-Lux 7 is available for pre-order and will retail for $1,195.